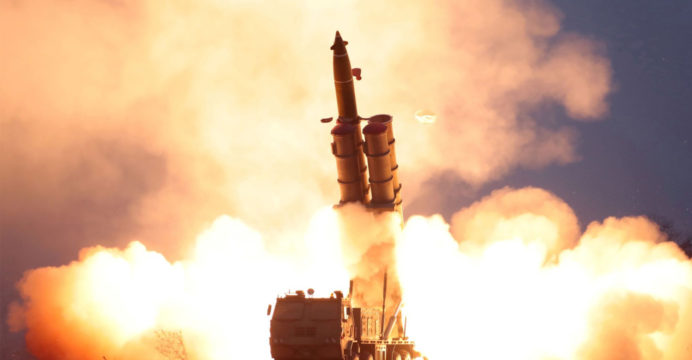 Japan is concerned about North Korea’s another missile test

North Korea has tested another another ballistic missile in just a few weeks. The Japanese Ministry of Defense provided this information on Saturday (March 5).

According to Japanese authorities, a small-scale missile test was performed in the country’s eastern region. Tokyo is concerned about Japan’s special business zone’s proximity. It has been described as a threat to the country’s regional security. Al Jazeera has a program called Khabar Al Jazeera.

Pyongyang is also allegedly beefing up its missile development in order for the international community to focus on Russia and Ukraine, according to Japan. North Korea has now launched nine missiles this year. In January alone, the country launched six missiles.

In addition, the government has indicated that it will resume its long-range intercontinental ballistic missile development, which was suspended in 2016.