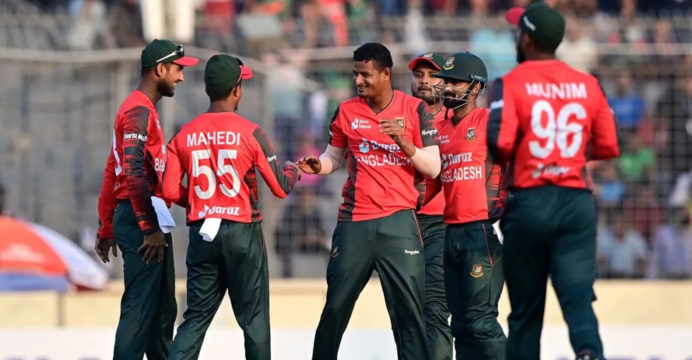 Nasum and Liton thrash Afghanistan in the first T20

Bangladesh played a fearless brand of cricket, as it was promised, to crush Afghanistan by 61 runs in the first T20 International today at Sher-e-Bangla National Cricket Stadium.

Liton Das and Nasum Ahmed jointly were the architect of this facile victory, which helped Bangladesh go up 1-0 in the two-match series.

Liton Das firstly struck a 44 ball-60 to guide Bangladesh to a decent 155-8 and then Nasum caught the visitors in spin-web to finally skittle them out for 94 in 17.4 overs.

On the way to maul Afghanistan severely, Nasum recorded his joint career-best 4-10 and was ably supported by Shakib Al Hasan, who grabbed 2-18 but those two wickets were crucial given the match scenario.

As Afghanistan was reduced to 20-4, courtesy to a Nasum blow, Afghanistan appeared to have recovered from the blow when Najibullah Zadran and captain Mohammad Nabi were batting together.

They showed an unwavering resolve to keep Afghans on track but Shakib in his consecutive two overs took out both of them to fully dismiss Afghanistan’s hope of winning the game.

Shakib got into the act, giving Bangladesh the breakthrough with the wicket of Nabi, who holed out one for the spinner’s 400th white ball wicket. His wicket also brought an end to the 37-run partnership.

In his next over, Shakib also dismissed Zadran who top-scored the side for 27.

Mustafizur Rahman removed him to finish with 1-19. Shoriful then took care of the lower order to help Bangladesh win the game by a big margin. 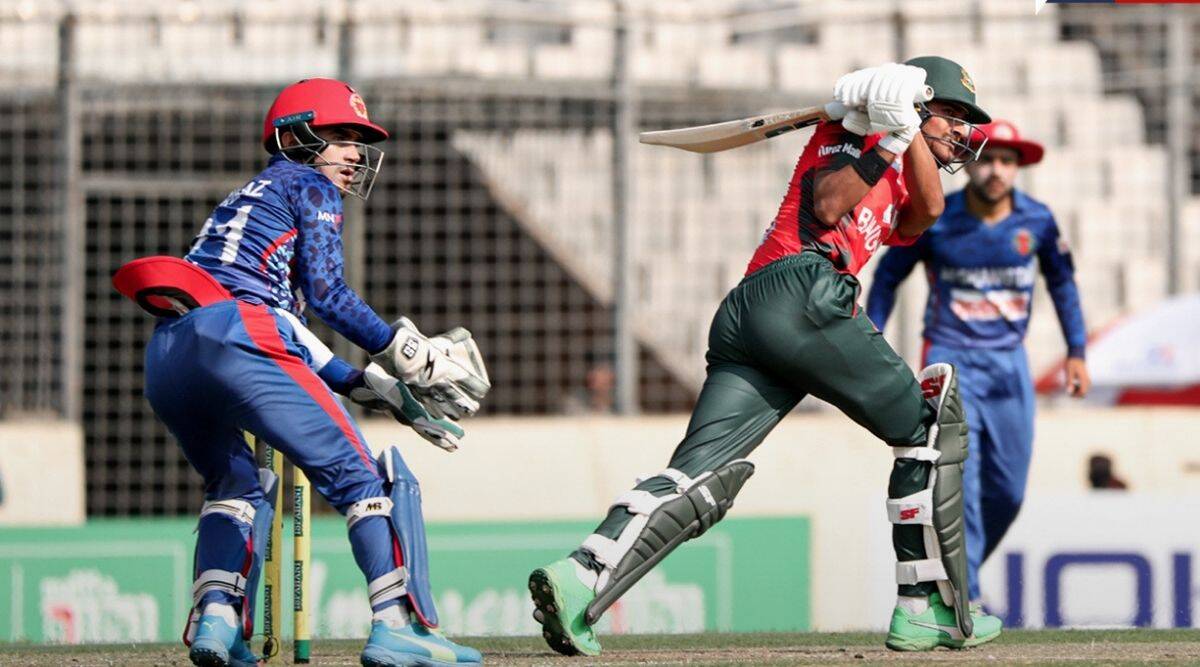 Shoriful however had the figures of 3-29 as he played around the spinners to make Afghanistan’s task tougher.

Bangladesh however did not have the desired start after opting to bat first as they lost opener Naim Sheikh for 2. Munim though hit some fours on his debut, couldn’t last long as he was dismissed by leg-spinner Rashid Khan after trying to sweep a delivery.

The situation got worsened when Shakib top-edged a delivery of pacer Qais Ahmed to be out for 5.

But Liton kept hitting all the things coming his way. After the dismissal of skipper Mahmudullah Riyad who made 10, Liton finally got support from Afif Hossain. 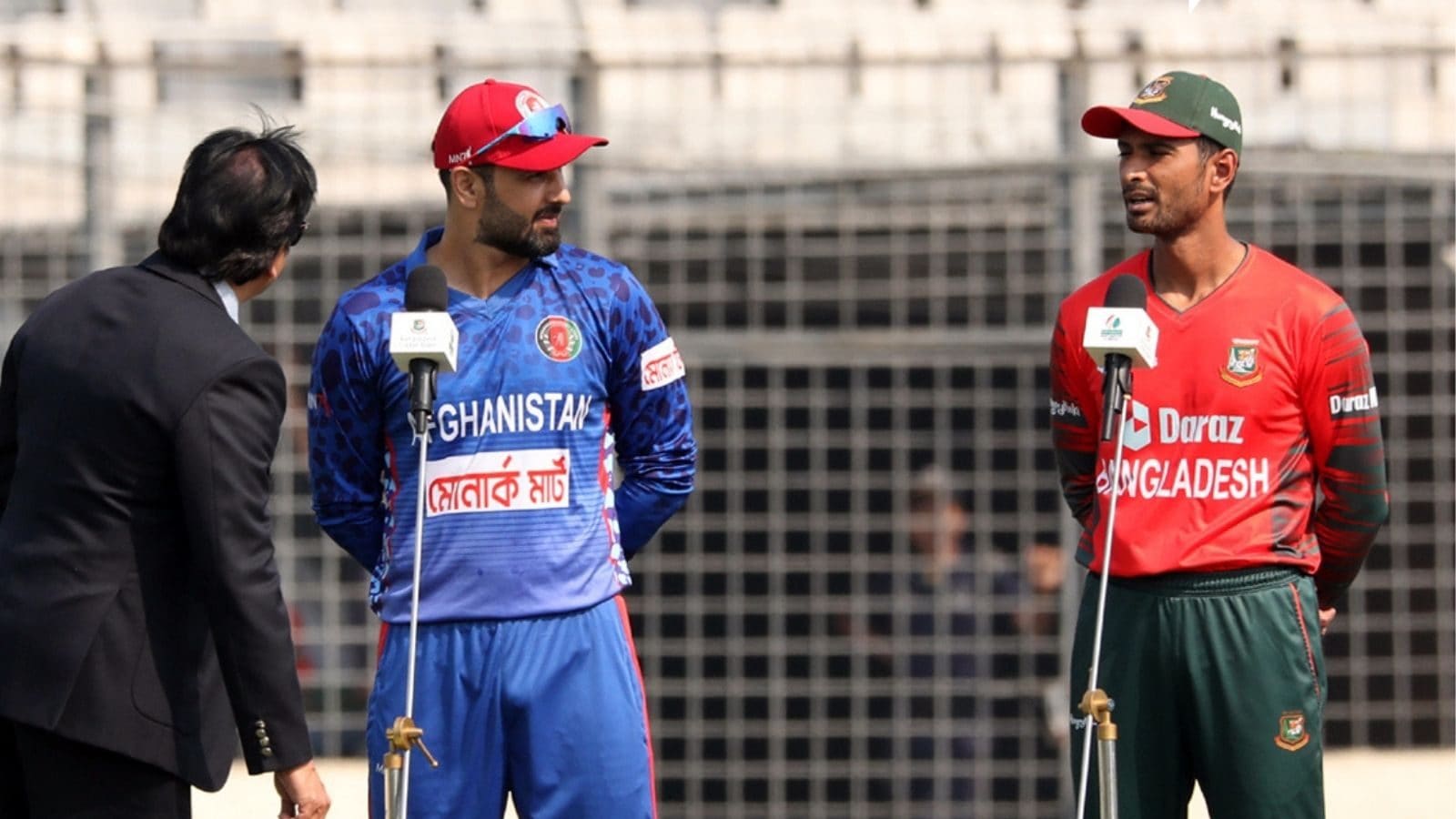 Together they shared 46-run for the fifth wicket to keep Bangladesh going. Liton in the meantime reached his fifth fifty, pushing a Rashid Khan delivery in long-on for a single.

However, after hitting four fours and two sixes for his 44 ball-60, he finally was removed by Fazalhaq Farooqi.

Bangladesh still was in the position of dominance but the lower middle order, comprised of Mahedi Hasan, debutant Yasir Ali couldn’t hit big towards the end as the Tigers ended the innings, at least 20 runs short.