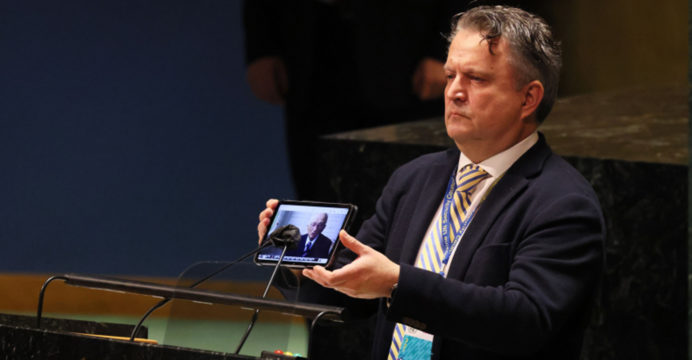 Ukraine’s ambassador to the United Nations, speaking at a rare General Assembly discussion more than a week after Moscow’s invasion, accused Russia of attempting genocide in his country.

“They have come to deprive Ukraine of the very right to exist,” Sergiy Kyslytsya told the Assembly ahead of a vote on a resolution demanding Russia withdraw its forces from the eastern European country.

“It’s already clear that the goal of Russia is not an occupation only. It is genocide.”

Shortly after, Russia’s envoy Vassily Nebenzia accused Ukraine of “rampant neo-Nazism” and the West of employing “open and cynical threats” to persuade other UN members to support the resolution.

He stated that Russia’s primary goal is to put an end to the separatist struggle in Donbas, Ukraine’s eastern region.

A vote by the United Nations’ 193 members on whether to condemn the invasion and demand Russia’s withdrawal will take place soon. A two-thirds majority of those voting is required for the resolution to pass. 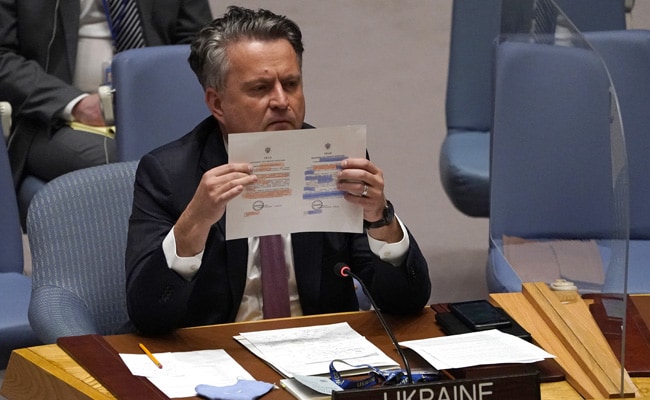 The non-binding resolution, led by European countries with Ukraine’s support, would be a resounding rebuke to Moscow’s aggression on Ukraine.

Western countries, on the other hand, have accused Moscow of breaking Article 2 of the UN Charter, which prohibits members of the UN from threatening or using force to resolve a crisis.