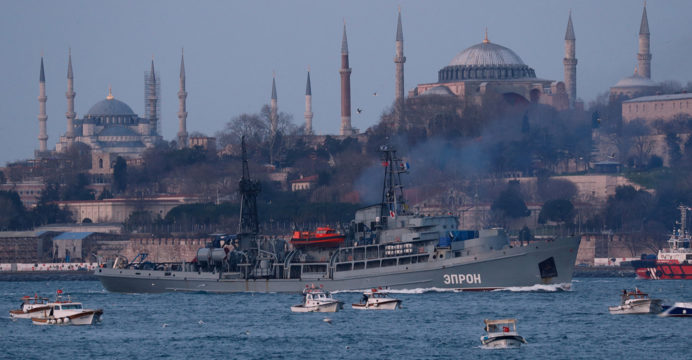 Could Turkey close the Bosporus to the Russian navy?

Under the Montreux Convention, Turkey can restrict Russian warships from passing the straits from the Mediterranean to the Black Sea. Is it possible that it will have an impact on Russia’s military aggression against Ukraine?

Turkey is planning to establish an international treaty on naval access via two of its vital straits, limiting Russian vessel movement between the Mediterranean Sea and the Black Sea.

Turkey’s foreign minister, Mevlut Cavusoglu, declared on Sunday that the situation in Ukraine has devolved into a war, allowing Ankara to invoke the Montreux Convention and prohibit Russian warships from accessing the Black Sea through the Bosporus and Dardanelles straits.

“In the beginning, it was a Russian attack,” Cavusoglu said in an interview with broadcaster CNN Turkish. “Now it has turned into a war.” 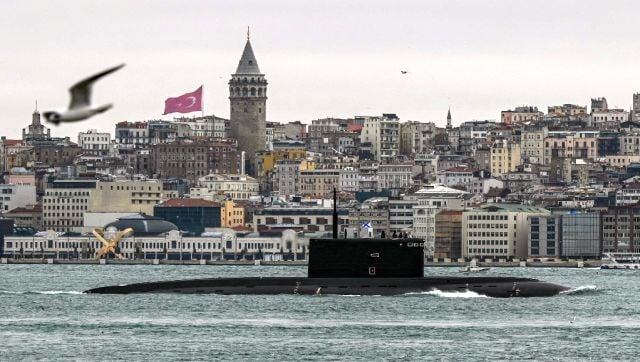 “Turkey will implement all provisions of Montreux Convention in a transparent manner,” he added.

The announcement comes three days after Kyiv requested that the Bosporus and Dardanelles straits be closed to Russian ships.

But what exactly is the Montreux Convention, and how can its implementation affect the Russian-Ukraine conflict?