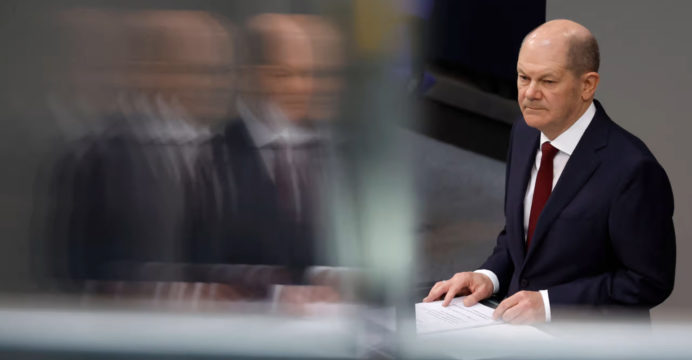 In light of Russia’s invasion of Ukraine, Germany has declared a strategy to prioritize military investment. To better equip the Bundeswehr, a “special fund” will be established.

On Sunday, German Chancellor Olaf Scholz unveiled a proposal to strengthen the German military, allocating €100 billion ($112.7 billion) from the 2022 budget to the armed forces and reiterating his commitment to meet NATO’s 2% defense spending target.

Scholz revealed the extra budget in an address to the German parliament during a special session on Germany’s response to Russia’s invasion of Ukraine. He stated that the money would be used on investments and equipment for the German military.

Scholz also stated that Germany would provide weaponry to the Ukrainian military, reversing past policy.

“We need to support Ukraine in its hour of desperate need,” the chancellor said.

“In attacking Ukraine, [Russian President Vladimir] Putin does not just want to eradicate a country from the world map, he is destroying the European security structure,” Scholz told German lawmakers.