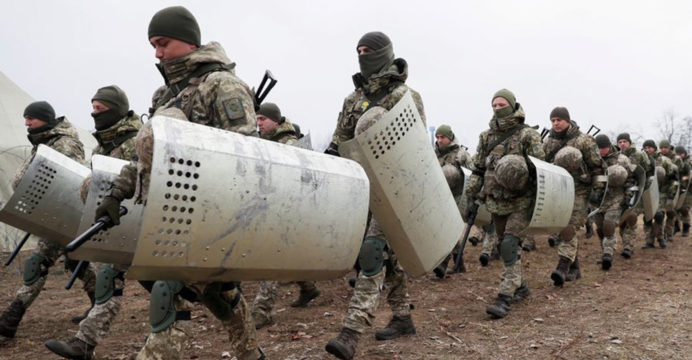 Przemysl is a Polish town in the far southeast of the country, only 10 kilometres (6.2 miles) from the Ukrainian border. The market square is surrounded by beautiful, newly renovated houses. The Austro-Hungarian Empire previously owned the lovely town of 60,000 people. Several residents are taking advantage of the pleasant temps at a nearby roadside cafe on this beautiful February day.

It’s easy to forget that Ukraine is only a few kilometres away, on the other side of the border, facing the very real threat of a Russian invasion. However, speaking with the people of Przemysl reveals that many of them are equally concerned about the threat of war.

If tensions between Ukraine and Russia rise to the point of open war, refugees may flee to Poland. Przemysl, which is close to the Ukrainian border, could see a large influx of people fleeing the war. Meanwhile, Mayor Wojciech Bakun says he does not expect “rising turmoil” and does not believe Ukraine and Russia will go to war. “I sincerely hope nothing horrible happens; I believe Russia is more interested in instilling terror in others than in attacking,” Bakun told DW.

The Polish government has asked all Polish mayors to identify buildings that could be used as refugee shelters. According to Bakun, the state pays for the costs of relocating refugees. However, he says, no public money have been granted to renovate the buildings in question thus far.