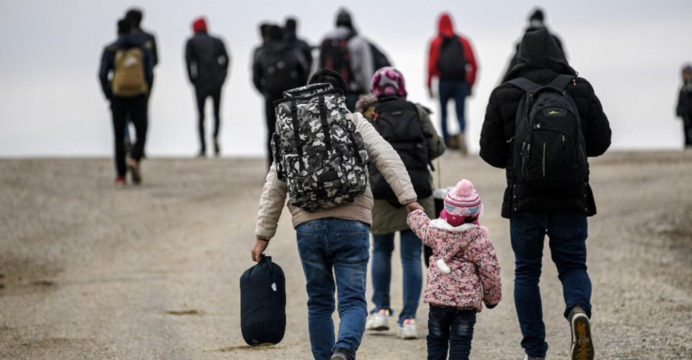 Increased migrant deaths and allegations of pushbacks at the European Union (EU) border between Greece and Turkey have disturbed the International Organization for Migration (IOM).

In 2022, at least 21 migrants have died on the Turkish-Greek land border, compared to 10 deaths in the same period last year (Jan-Feb). According to the IOM’s Missing Migrants Project, 55 lives were lost along the same border in 2021, largely during August and the winter months.

According to testimony collected by IOM personnel in both countries, there have been frequent instances of pushbacks, collective expulsions, and the use of excessive force against individuals on the move along this route. Such activities are inconsistent with and contradict international and regional legal commitments and duties, such as the violation of the norm of non-refoulement.

Despite repeated requests for action, the IOM is concerned about the continued mistreatment of migrants in this area. Migrants should not be used for profit, and protecting lives should always be the top priority.

The Organization urges States to cooperate in border areas where people are migrating irregularly and to work together to achieve Goal 8 of the Global Compact for Migration (GCM), which is to preserve lives and coordinate international efforts on missing migrants at shared frontiers.

When the human rights and well-being of migrants, regardless of their status, are at the center of states’ responses to mobility, border integrity and safety can be attained.

Nearly 3,500 individuals died attempting to cross the EU’s sea and land borders in 2021, making it the region’s deadliest year for migrants since 2018. This human toll is unacceptably high and necessitates immediate action and cooperation.

IOM stands ready to work with States to implement the GCM and achieve its goals, including saving lives and managing borders using a rights-based approach, ensuring States’ international law obligations are met, and building capacity, all with the goal of ensuring the dignity and safety of people on the move.