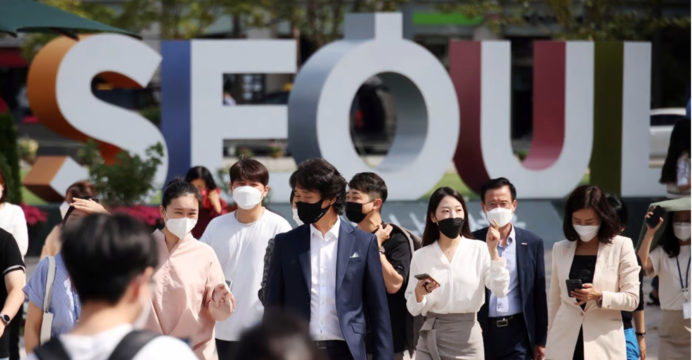 Even as the country’s daily caseload surpassed 100,000 for the first time, South Korea said it would lift pandemic restrictions on Friday, citing economic concerns regarding social distancing measures.

On Thursday, the country reported a new high of 109,831 new infections, with health officials warning that this figure might increase to 270,000 new cases each day next month.

Despite the increase in instances, Seoul officials said that starting Saturday, cafes and eateries will be allowed to stay open an extra hour until 10 p.m.

“Given the escalating challenges in people’s livelihoods and economies,” Prime Minister Kim Boo-kyum remarked, “we have judged that the minimum adjustment was unavoidable.”

According to officials, the government would also abandon its mandate that companies such as restaurants and cafes keep handwritten visitor registers in order to facilitate contact tracing.

The vast majority of South Korea’s eligible population has been vaccinated and boosted, and death rates remain extremely low despite a record number of infections in the country of 52 million people.