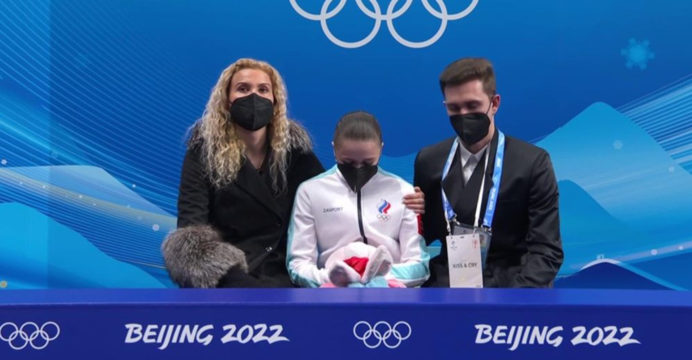 IOC President Thomas Bach said Friday that Russian figure skater Kamila Valieva’s performance in the Beijing Olympics final, in which she fell multiple times and appeared overwhelmed by the doping issue that has surrounded her, had “extremely troubled” him.

“I was quite disturbed when I saw that on TV,” Bach recalled, adding that Valieva, 15, was treated with “tremendous calm” by her coaches following her disastrous free skate routine, in which she finished fourth and missed out on a medal.

Valieva was the center of attention throughout the build-up to Thursday’s free skate, and she skated on despite the pressure of the world’s attention on her when she failed a drug test on December 25.

After winning gold in the team event, a Court of Arbitration for Sport rule permitted her to compete in the singles, but CAS will decide if she may keep the medal.