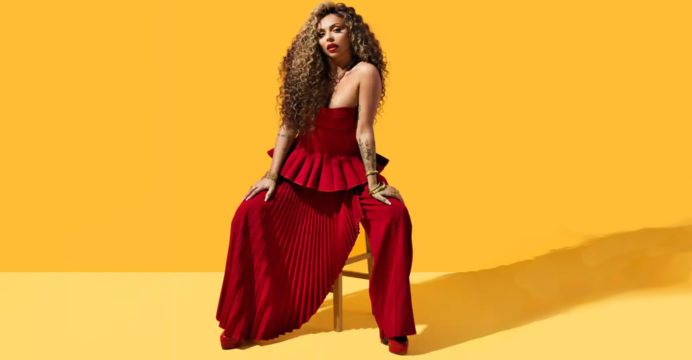 Jesy Nelson wears a little white bralet to show off her toned abs as she heads to California after Little Mix’s Leigh-Anne Pinnock signs a lucrative solo album deal.

She’s flown to California to focus on new songs after the success of her debut solo track Boyz.

On Wednesday, Jesy Nelson, 30, showed off her abs in a little white bralet while displaying her bronzed tan on Instagram.

In a pair of images she uploaded on Instagram, Jesy posed for the camera in graphic print baseball shorts and trainers, cutting an edgy figure.

She finished off the look with white designer socks and matching sneakers. For the lovely but edgy photographs, Jesy kept her hair in its natural curls and applied a full face of make-up.

The Wings star simply captioned the photo with a water droplet emoji.