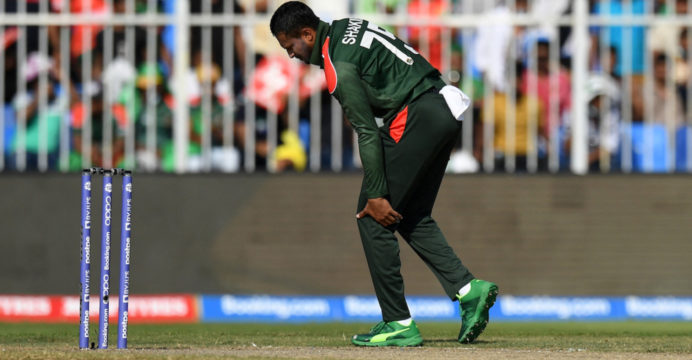 Ace allrounder Shakib Al Hasan sustained an injury on his waist during his side Walton Central Zone’s second game against BCB North Zone on Tuesday.

As a consequence, he will miss the side’s third and last group match against the BCB South Zone tomorrow (Thursday) at Sylhet International Cricket Stadium.

Central Zone, however, looked highly likely to play the BCL final after registering victories in both of the matches.

Shakib who returned to cricket with this tournament contributed in the side’s victory on both occasions. He scored 35 and took two wickets in the Central Zone’s 22-run victory over Islami Bank East Zone in the first match and then against North Zone he made 33 runs and grabbed one wicket as Central Zone secured a 28-run victory.

Shakib, however, felt the pain on his waist during the batting but he later somehow managed to bowl 10 overs. As a precaution and to give him a rest to recover from the injury fully, he will be opted out from the third game, said Central Zone team management.

According to the management, Shakib will be back to play at final if he feels well.