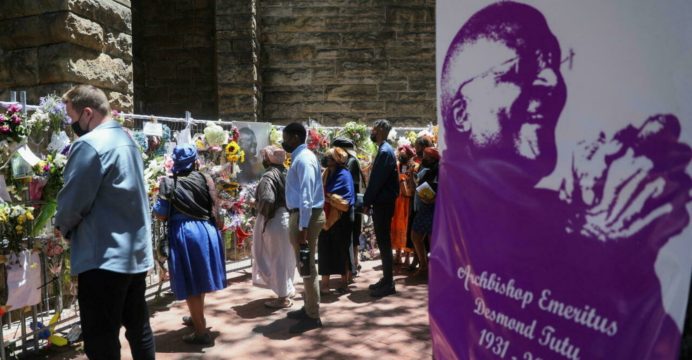 At Cape Town’s Anglican cathedral, a small requiem mass for Archbishop Desmond Tutu was held. On December 26, the anti-apartheid hero died at the age of 90.

Archbishop Desmond Tutu, a South African anti-apartheid hero, will be laid to rest on Saturday at a state funeral in Cape Town’s St. George’s Cathedral, where he will also be buried.

Tutu’s funeral began with a song and a procession of priests down the aisle, carrying candles and burning incense inside the church where he preached for years against the country’s white minority administration.

Following Tutu’s death on December 26, South Africa has observed a week of mourning. He was 90 years old at the time.