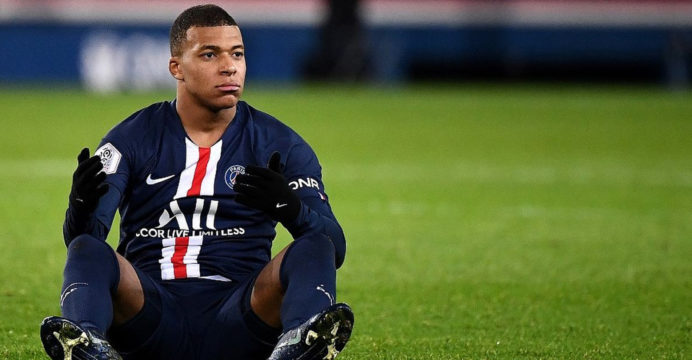 Mbappe will remain at PSG for the time being

Kylian Mbappe, a wanted striker, announced on Tuesday that he will finish the current season with Paris Saint-Germain, after which he will become a free agent.

In an interview with CNN, the great 23-year-old striker was asked if he would be joining Real Madrid anytime soon, and he had a strong response.

“Not in January,” Mbappe remarked, referring to a bid of 180 million euros ($209 million) made by Madrid in July.

PSG had recently signed Lionel Messi from Barcelona but had turned down a lucrative offer from Real Madrid.

Madrid are anticipated to make another move once the transfer market reopens.

Mbappe threw cold water on that a day after receiving Globe Soccer’s “Best Men’s Player of the Year” award at a gala at Dubai’s Burj Khalifa.