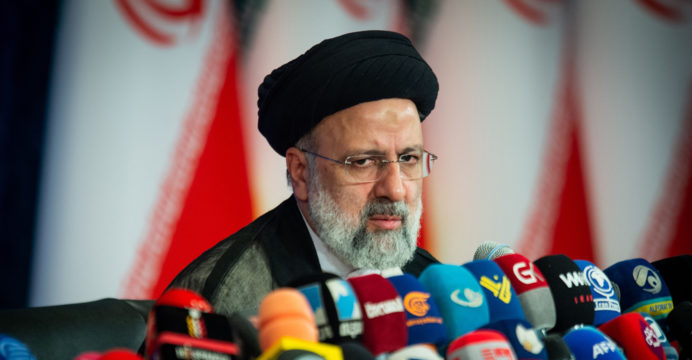 Iran’s President Ebrahim Raisi is planning a trip to Russia after receiving an invitation from his Russian counterpart Vladimir Putin, according to an Iranian government spokeswoman. This will be Raisi’s first trip to Russia since 2017.

According to Ali Bahadori Jahromi, Putin has invited Raisi to visit Moscow early next year “in the context of strategic contact between Iran and Russia.”

It will be Raisi’s most big official tour outside of Iran since taking over the presidency from moderate Hassan Rouhani in August. Rouhani had visited Russia in March 2017.

“I hope that the president of Iran will accept my invitation and visit Russia early next year,” Putin had told a joint news conference with the Greek premier earlier this month, according to the Kremlin’s official website.

Moscow and Tehran have extensive political, economic, and military relations, as well as common interests in Afghanistan. They are also key friends of Syrian President Bashar al-Assad in the country’s decade-long civil conflict.

Russia was also a signatory to the 2015 nuclear deal between Iran and international powers, which lifted sanctions in exchange for Iran’s nuclear program being curtailed.

The visit, according to Bahadori Jahromi, would focus on “bilateral, regional, and national collaboration,” particularly “economic and commercial” cooperation.

After then-President Donald Trump pulled the US from the nuclear agreement in 2018 and reimposed sanctions, causing Iran to back out of some of its promises, Moscow has been involved in talks to resurrect it.

Russia’s Foreign Minister Sergei Lavrov said in September that reimposed sanctions on Iran “should be eased as part of the restoration of the nuclear deal,” and that Iran “should not suffer from unilateral US measures.”