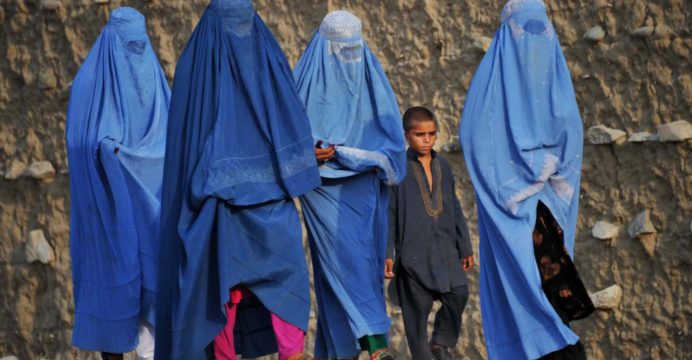 In Afghanistan, the Taliban authorities say women seeking to travel long distances should not be allowed on road transport unless they are accompanied by a close male relative.

The guidance issued on Sunday by the Ministry for the Promotion of Virtue and Prevention of Vice, which also called on vehicle owners to refuse rides to women not wearing headscarves, has drawn condemnation from rights activists, reports Aljazeera.

The move followed the Taliban barring many women in public-sector roles from returning to work in the wake of their August 15 seizure of power, and as girls remain largely cut off from secondary schooling.

It also came despite the group seeking to project a moderate image internationally in a bid to restore aid suspended when the previous government imploded during the final stages of a chaotic military withdrawal by the United States.

“Women travelling for more than 72km (45 miles) should not be offered a ride if they are not accompanied by a close family member,” ministry spokesman Sadeq Akif Muhajir said, specifying that the companion must be male.

Muhajir said on Sunday the hijab would likewise be required for women seeking transport.

The Taliban’s definition of the hijab – which can range from a hair covering to a face veil or full-body covering – is unclear, and most Afghan women already wear headscarves.