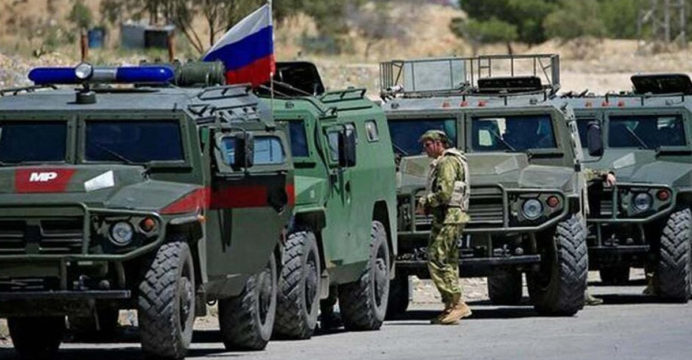 Over 10,000 Russian troops completed month-long drills near Ukraine on Saturday, despite Western claims that Moscow is planning an invasion of its ex-Soviet neighbor.

The drills for Southern Military District personnel, according to the defense ministry, took place in a number of southern districts, including Rostov, Krasnodar, and Crimea, which Moscow annexed from Ukraine in 2014.

However, the drills were also held in Stavropol, Astrakhan, the North Caucasus republics, and even Russia’s Caucasus ally Armenia.

The military ministry announced that the troops would return to their normal bases and that stand-by units would be prepared for the New Year’s vacations.

Russia has been accused by Western countries of massing up to 100,000 troops near Ukraine in preparation for a possible winter invasion.

According to Kiev, the number of Russian troops stationed along Ukraine’s borders has climbed from roughly 93,000 in October to around 104,000 presently.

Russia claims it has the right to move its soldiers on its soil as it sees fit and rejects any plans for a large-scale attack.

It has made broad security demands on the West, including refusing to admit new members to NATO and preventing the US from establishing new bases in former Soviet states.