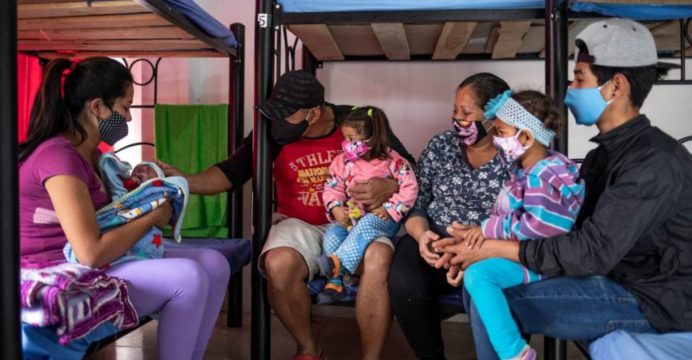 The International Organization for Migration (IOM) and the United Nations Refugee Agency (UNHCR) are unveiling a USD 1.79 billion regional plan today to meet the growing needs of Venezuelan refugees and migrants, as well as their host communities, in 17 Latin American and Caribbean nations.

The number of Venezuelan refugees and migrants in the world has already surpassed 6 million, with the vast majority being accommodated by Latin American and Caribbean countries. For many years, the majority of the population has been displaced outside of Venezuela.

Several host countries have developed novel protection and regularization measures to assist them in gaining access to rights and services. However, as the situation worsens, Venezuelans’ vulnerabilities and risks, as well as the requirements of their host communities, have increased substantially.

“Continuous international support is essential to meet the most pressing needs of refugees and migrants, as well as to assist host countries in ensuring their socioeconomic integration,” said Eduardo Stein, UNHCR and IOM Joint Special Representative for Refugees and Migrants from Venezuela.

“Those who have fled Venezuela are eager to give back to the areas that have embraced them.”

The COVID-19 pandemic has exacerbated the plight of the region’s most vulnerable, including refugees and migrants. Growing unemployment and poverty, as well as barriers to education and basic amenities, as well as considerable security dangers associated with their lack of legal status, have left many people despondent and prompted them to migrate in search of better prospects.