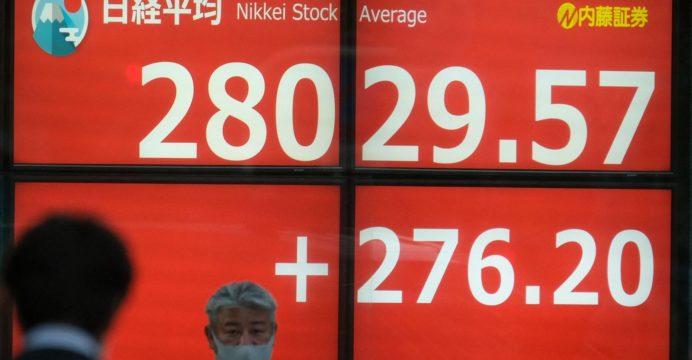 Tokyo stocks opened higher on Tuesday as investors took heart from strong rebounds on Wall Street on hopes that the
newest coronavirus variant will prove less virulent than earlier strains.

“Japanese shares are seen gaining, as US stocks rallied, led by sectors which are sensitive to business cycles after strong concerns about the Omicron variant receded,” Okasan Online Securities said in a note.

Toyota was down 0.19 percent at 2,062 yen after it said it will build a new $1.29 billion automotive battery-manufacturing plant in North Carolina in the US, planning to start output in 2025.

Online mall giant Rakuten was up 1.17 percent at 1,120 yen after Japan’s Fair Trade Commission said it had ended a probe over a blanket free shipping policy, with the firm saying it had amended the rule.

Trading house Marubeni rallied 3.09 percent to 1,051.5 yen after a brokerage firm revised up its evaluation of the shares.