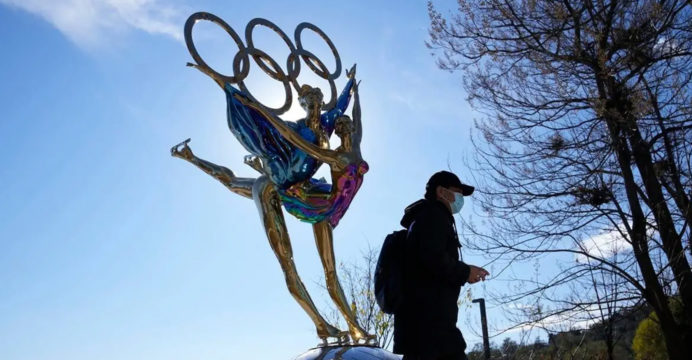 China has vowed retaliation in response to a proposed US diplomatic boycott of the 2022 Winter Olympics in Beijing.

Zhao Lijian, a spokeswoman for China’s foreign ministry, said the country would take “decisive counter-measures,” but did not elaborate.

The United States said on Monday that it will not send ambassadors to Beijing due to worries over China’s human rights record.

It went on to say that US athletes would be welcome to participate and would get full government backing.

Mr Zhao accused the US of violating “political neutrality in sport” and claimed the potential boycott was “based on lies and rumours” at a press conference on Tuesday.

Tensions between the two countries are at an all-time high. The United States has accused China of genocide in its suppression of the largely Muslim Uyghur minority in Xinjiang’s western province, an accusation China has categorically refuted.