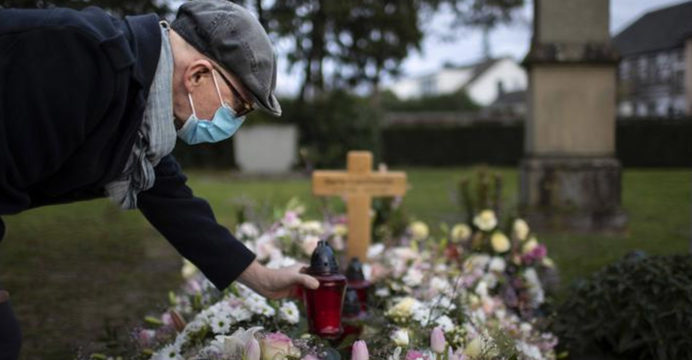 Germany is the latest country to cross the depressing line. According to the Robert Koch Institute in the country, 100,000 people have perished as a result of COVID-19. There is a name and a person behind every number.

Kerstin’s 83-year-old father died of COVID-19 a year ago.

“I’m sure he knew we were there,” she said of his final days in a hospital bed, telling DW. “Even if I could merely use my gloved hand to brush his brow.”

Kerstin lives in Düsseldorf, nearly 600 kilometers (370 miles) from her Berlin-based parents. Despite the virus’s contagious nature and rigorous social distance limitations, the hospital called to inform that a final visit was permissible. Kerstin, the oldest daughter, had no doubt about her decision.

“At the very least, I wanted to bid my father farewell,” she explained. She got in her car with her son and went to Berlin for 10 minutes with him. “We were completely encased in plastic,” she recalled. The next day, her father passed away.

He had been admitted to the hospital with tuberculosis and only afterwards caught the coronavirus, most likely from a clinician treating him. According to the Robert Koch Institute for Disease Control, he is now one of Germany’s 100,000 persons who have died as a result of the sickness. Kerstin’s memories elicit both laughter and sorrow as she reflects on her father’s life and death.

Caregivers have also been impacted.