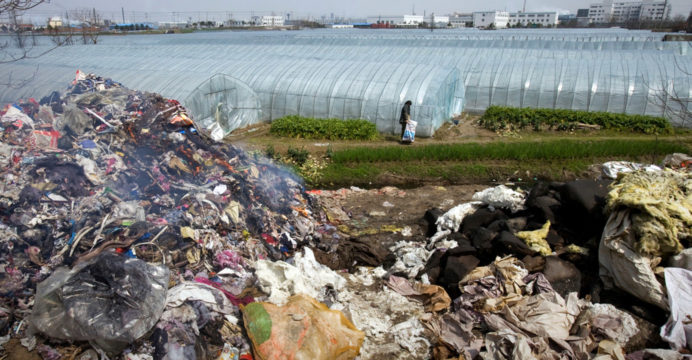 Detoxing fashion supply chains is a game changer, but is it’s enough?

According to a new analysis by Greenpeace Germany titled Self-regulation: a Fashion Fairytale, the global fashion industry will not solve its devastating influence on the climate without legislation. [1] According to a study of 29 leading brands, including Nike, adidas, H&M, G-Star, and Primark, voluntary commitments are insufficient to slow the growing volumes of textiles and change the destructive trajectory of fast fashion, with the greatest impacts felt in countries of the Global South, where clothes are manufactured and dumped.

“Instead of offering hope to their young customers by taking bold, transparent action to change the fast fashion system, more often than not, fashion brands are marketing “sustainability” initiatives which do not go far enough, or even worse, resorting to greenwashing with claims of recycled and recyclable clothing,” said Viola Woghlemuth, consumption campaigner at Greenpeace Germany. “This window dressing creates the illusion that something is being done, and encourages guilt-free overconsumption.”

Greenpeace Germany conducted an unannounced check to see if brands are still serious about their commitments ten years after launching its Detox My Fashion campaign, which secured pledges from 29 leading brands to eliminate hazardous chemicals and some also committing to tackle over-production by “slowing the flow and closing the loop.”

The progress on removing hazardous chemicals has been generally positive and game-changing, demonstrating that concerted action and supply chain transparency are the keys to industry transformation, but this success is restricted to the businesses that are taking action. In contrast, the report finds few examples of stopping the flow of new garments, and while good indicators from some, such as Benneton and Esprit, the majority of efforts are focused on recycling, which remains a myth rather than a reality. 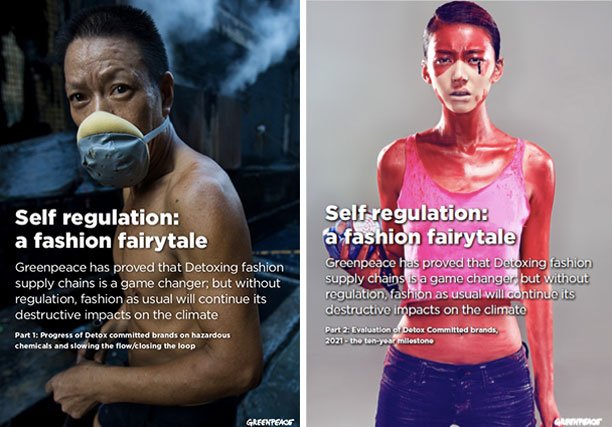 To address this issue, Greenpeace is urging regulators to expand on the Detox committed businesses’ concept of corporate supply chain accountability and apply it to the whole fashion industry. According to the report, this would not only replicate the Detox hazardous chemical achievements in the remaining 85 percent of the fashion industry, but it could also serve as a foundation for addressing other major issues in the industry, such as greenhouse gas emissions in the fast fashion supply chain, which are the third-largest source of fashion’s significant impact on the climate, after food and construction supply chains.

“Corporate supply chain responsibility should not be a “nice to have”, but the cornerstone of EU regulations that aim to bring the impacts of the fashion industry to within environmental boundaries – and prevent catastrophic effects,” added Wohlgemuth.[4] “Without binding regulation, global fashion brands will continue tinkering at the edges of the destructive fast fashion business model while the volumes of clothes being made and consumed continue to increase. We need to change the system. Fast fashion will never be green.”