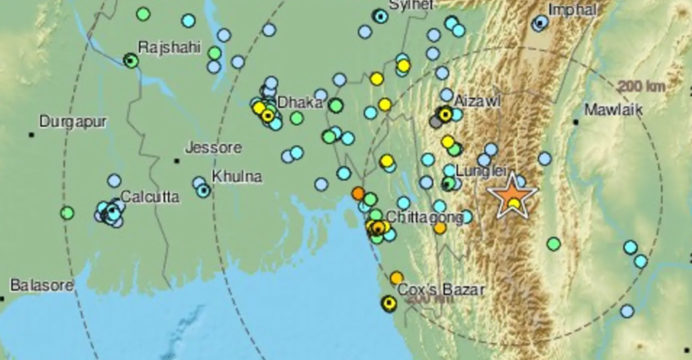 Bangladesh is trembled as an M6.1 earthquake strikes near Myanmar’s border

In the early hours of Friday, an earthquake measuring 6.1 on the Richter Scale struck near Myanmar-India.

The epicenter of the earthquake was in Hakha, Chin State, Myanmar, according to the United States Geological Survey (USGS).

At 5:45 a.m. on Friday, a tremor rattled Chattogram, Dhaka, and other parts of Bangladesh. In Dhaka, there were two more powerful sharp tremors.

The quake struck 174 kilometers east of Bangladesh’s Chittagong, according to the independent organization and source of real-time earthquake information, and vibrations were reported as far away as West Bengal, Tripura, and Assam in eastern India.