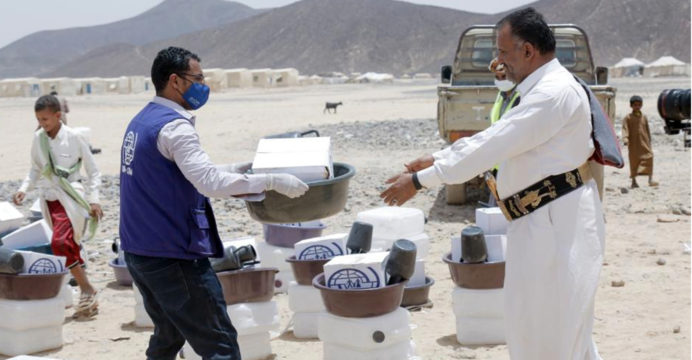 The International Organization for Migration (IOM) has raised concerns about the deteriorating humanitarian situation in Ma’rib governorate, where armed violence is wreaking havoc on displaced people, migrants, and the communities that house them. IOM urges all parties to put a halt to the current hostilities and requests immediate funding to assist those who have been harmed.

The active frontlines have altered more than at any other time this year in the last two months. According to the IOM’s Displacement Tracking Matrix, the number of persons compelled to evacuate their homes in Ma’rib – many for the fourth or fifth time – has risen to almost 45,000 since September (DTM).

“IOM is extremely concerned about the prospect that hundreds of thousands of people might be forced to move again if violence reaches the city, as well as rising civilian casualties and the destruction of civilian infrastructure,” said IOM Yemen’s Chief of Mission, Christa Rottensteiner.

“We join the humanitarian community in calling for an end to hostilities, respect for international humanitarian law and also for urgent resources to scale up the response,” she said.

Since September, the governorate’s 137 displacement centers have seen a roughly tenfold rise in new arrivals. IOM staff are providing vital aid – including water, sanitation, shelter, household items, and cash to address urgent needs – in 61 sites as the largest organization working in the area. IOM has provided assistance to over 200,000 persons in Ma’rib since the beginning of the year.

“We’ve not witnessed this much desperation in Ma’rib in the last two years as we have in the last two months,” Rottensteiner said. “Communities are being repeatedly displaced and arriving to our sites in dire need of the most basics.”

New influxes of internally displaced persons, according to the Chief of Mission, are putting strain on already overcrowded sites. “We’re now witnessing up to 40 people who have no choice but to share one little tent,” she explained.

Humanitarian actors expect the current wave of displacement to continue, and they desperately need more cash. In 2021, the International Organization for Migration (IOM) requested USD 170 million to fulfill the growing needs of Yemen’s displaced, conflict-affected, and migrant communities. Approximately half of the cash have been received. The Humanitarian Response Plan for Yemen, worth USD 3.85 billion, is barely 57% financed.