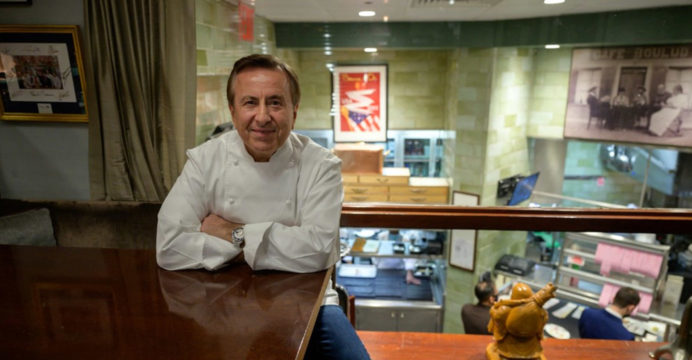 Les Grandes Tables du Monde named French chef Daniel Boulud, who has lived in New York for nearly 40 years, the best restaurateur in the world on Monday for his flagship restaurant “Daniel.”

The Lyon native, who relocated to New York in 1982, “embodies, for many North Americans, French gastronomy, or even gastronomy, period,” according to the network of 184 best restaurants worldwide.

Boulud, 66, describes his food as French in terms of cooking and textures, but American in terms of ingredients and flavors. The chef has restaurants in the United States, Canada, Dubai, Singapore, and the Bahamas, in addition to “Daniel,” which has two Michelin stars in New York. After the news emerged, Boulud told AFP that the latest medal in a lengthy line of accolades signified “professional dedication and actually a gesture of friendship and support from colleagues” in a very competitive and high-pressure atmosphere.

Boulud, like all New Yorkers, was hit hard by the Covid-19 pandemic, which killed at least 34,000 people in his chosen city, which was slammed hard by the virus’s initial wave in the United States in early 2020.