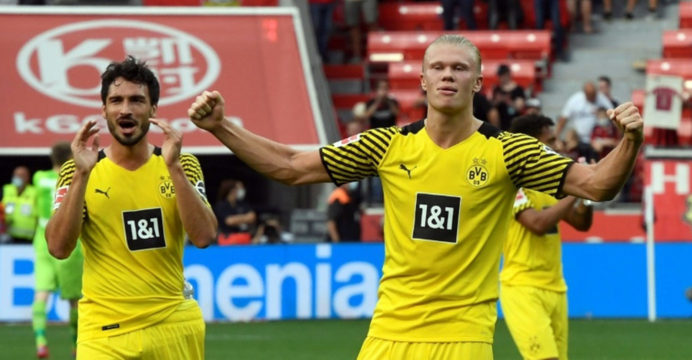 Dortmund without Haaland and Hummels in Lisbon showdown

Borussia Dortmund will be without both Mats Hummels and Erling Haaland when they head to Portugal for Wednesday’s potential Champions League Group C decider against Sporting Lisbon.

Level on points with two games to play in the group stage, Sporting and Dortmund meet on Wednesday in a clash which could decide which of them joins group leaders Ajax in the knockout stages.

Yet Dortmund will be deprived of two of their best players in Hummels and Haaland as they look to steer their Champions League campaign back on course after back-to-back defeats.

Veteran defender Hummels is suspended after he was controversially sent off in Dortmund’s 3-1 defeat to Ajax three weeks ago.

The club had said they would appeal the red card, but coach Marco Rose admitted last week that he did not expect the 2014 World Cup winner to be available.