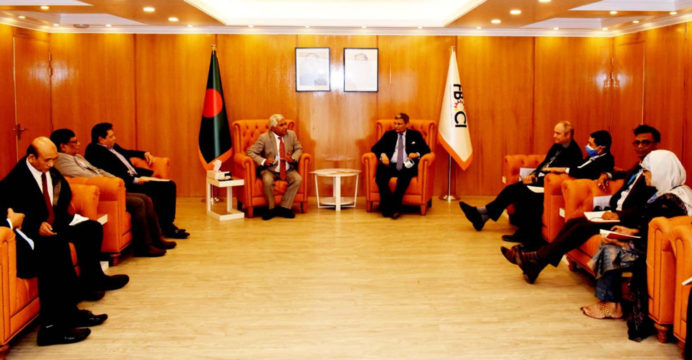 The United Nations (UN) has indicated an interest in collaborating with the Federation of Bangladesh Chambers of Commerce and Industry (FBCCI) to improve the industry’s working conditions.

According to a news release, Tuomo Poutiainen, Country Director of the International Labour Organization (ILO), mentioned this while meeting with FBCCI President Md Jashim Uddin at the city’s FBCCI.

He claimed that due to improvements, Bangladesh’s ready-made garment business has become one of the safest in the world.

He went on to say that the UN wants to see similar good developments in the rest of the sector.

He stated that achieving this goal necessitates the participation of the business sector. As a result, the United Nations is eager to collaborate with the country’s main business organization.

He also praised the garment industry’s important adjustments following the Rana Plaza disaster, as well as the FBCCI and BIDA’s recent move to monitor factories manufacturing for the home market.

On the proposal of the current committee, the ILO Country Director praised the FBCCI President for establishing the FBCCI Safety Council, he noted.