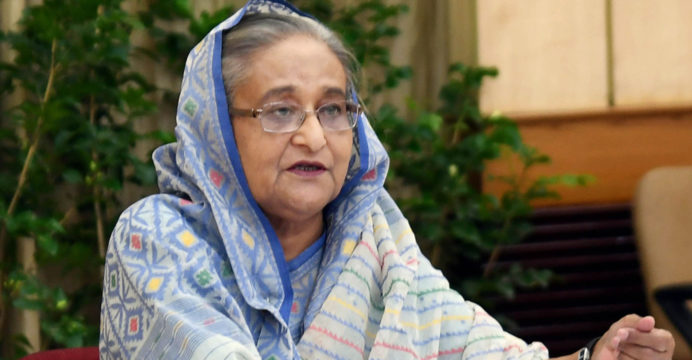 Prime Minister Sheikh Hasina today issued a directive to the appropriate officials to return development efforts to normalcy, as they were before the fatal Covid-19 outbreak.

At a normal Cabinet meeting held at the Bangladesh Secretariat, she issued this decision.

The conference was chaired by the prime minister, who joined virtually from her official residence in Ganabhaban, while others stayed in the Secretariat.

“The Prime Minister asked the officials concerned to expedite the development works to bring those back to the previous situation as like as situation before the emergence of deadly pandemic Covid-19,” said Cabinet Secretary Khandker Anwarul Islam while briefing reporters after the meeting.

He added that the premier also urged them (officials) to step up their efforts to decrease backlogs if any exist, citing the fact that two years have passed and the country has already produced a Covid-19 protocol. 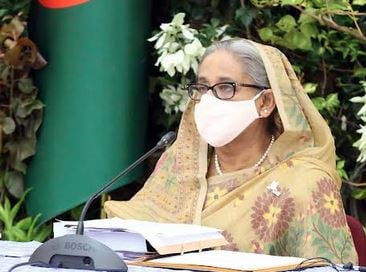 “She (Prime Minister) asked to minimize the backlogs (if any) rendered by the Covid-19 to take the growth rate to the previous position to progress it further again,” said the Cabinet Secretary.

Replying to a query, he said all have been asked to perform better, including those who already did good jobs.

Answering to a query regarding Covid-19 transmission and restriction, Khandker Anwarul Islam said, “We have already held meetings with 32 districts and told them that there is no scope for relaxation. Everyone needs to be attentive and careful about maintaining social distance.”

“Two to two and a half crore vaccines would be provided every month by next February,” the cabinet secretary said, noting that over 9 crore people have already been immunized.

In this regard, he stated that the Cabinet Committee on Government Purchase has approved the procurement of around 9.50 crore syringes from outside the country because local production is insufficient for the job.