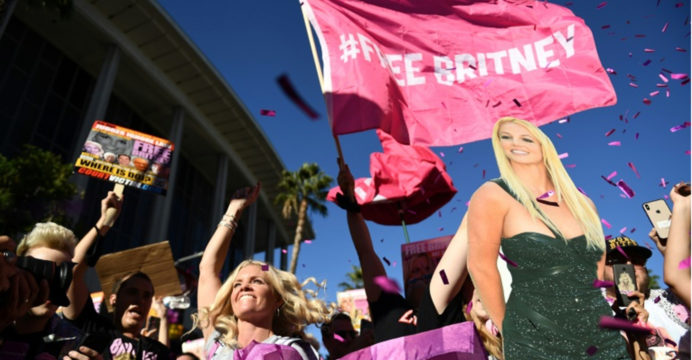 Britney Spears has spoken directly to her fans for the first time since a judge overturned the tumultuous guardianship that had ruled over her life for the past 13 years.

Spears, dressed in low-rise black shorts and a flowery crop top, praised fans and the #FreeBritney movement for raising awareness while her “voice was stifled and threatened for so long,” in a video posted to Instagram late Tuesday.

“You guys rock,” she said. “I honestly think you guys saved my life.”

Legions of fans had celebrated with cheers and showers of pink confetti last Friday in front of the downtown Los Angeles courthouse where a judge terminated the guardianship first imposed in 2008.

“That’s a really long time to be in a situation you don’t want to be in,” the 39-year-old said in the two-minute video filmed on a sun-drenched patio.

The star’s future plans had been the subject of much speculation.

She hasn’t been granted an interview in years, makes few public appearances, and last performed in October 2018, owing to her father, Jamie’s, control over her life.