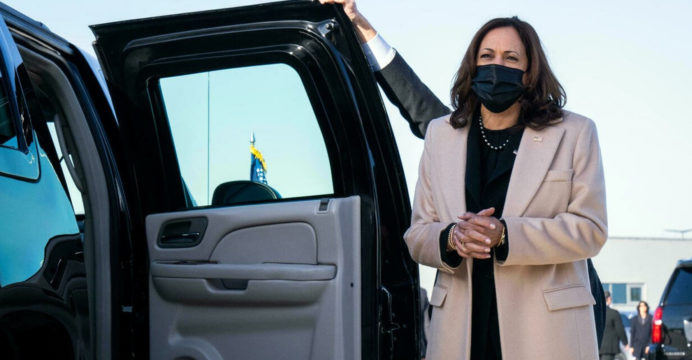 On Tuesday, US Vice President Kamala Harris arrived in Paris on a mission to repair relations with France following a crisis precipitated by the cancellation of a submarine deal.

Harris will meet with French President Emmanuel Macron and attend a peace forum with other world leaders during her four-day tour, which will be her third abroad trip as president.

She will also attend a symposium on Libya and take part in commemorations marking the conclusion of World War I.

Her visit follows a major French-American spat that erupted in September, when Australia pulled away from a multibillion-dollar submarine agreement with Paris in favor of a deal with the United States.

“It’s great to be in France,” Harris said as she arrived for the visit. “I’m looking forward to many, many days of constructive discussions confirming the strength of our partnership.”

After Secretary of State Antony Blinken was deployed in early October in an attempt to resolve the problem, the visit was announced.

At a meeting with Macron last month, President Joe Biden attempted to make amends for the dispute, telling the French leader that his government had been “clumsy” in securing the submarine contract with Australia. The AUKUS agreement is part of a new strategic alliance between the United States, Australia, and the United Kingdom.