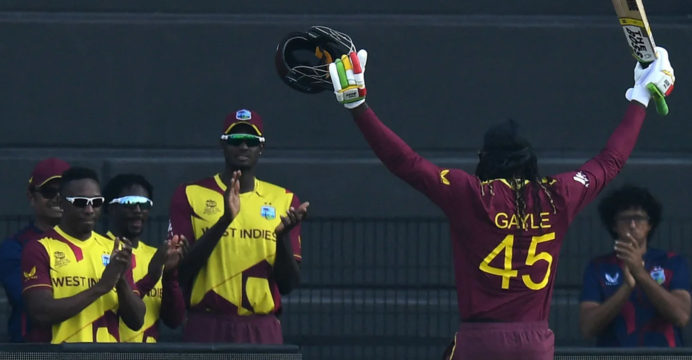 Chris Gayle of the West Indies scored 15 runs off nine balls against Australia in the Twenty20 World Cup on Saturday, perhaps his final innings for his country.

Gayle, 42, hammered two sixes before slicing a Pat Cummins delivery onto his stumps as he strolled back with his bat lifted and a standing ovation from his Abu Dhabi teammates.

The self-proclaimed “universe master” has not announced his retirement, but he is unlikely to participate for the West Indies, who failed to defend their championship this edition. Since his debut in a one-day international in 1999, Gayle, a left-handed batsman who can also bowl off spin, has amassed over 12,000 runs in white-ball cricket, including 27 hundred.