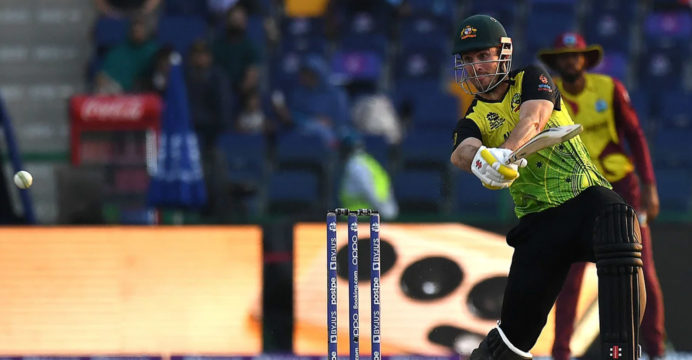 Australia beat West Indies by eight wickets to go to the Twenty20 World Cup semi-finals on Saturday, with to David Warner’s unbeaten 89.

Australia chased down 158 in 16.2 overs in Abu Dhabi, riding a 124-run second-wicket stand between Warner and Mitchell Marsh (53) to draw level with Group 1 leaders England on eight points.

Earlier, although skipper Kieron Pollard’s 44, Josh Hazlewood claimed four wickets to hold West Indies to 157 for seven in the penultimate Super 12 match for both teams.

In the evening match, South Africa takes on England, who are very certain to make the final four, and the outcome will determine the two semi-finalists from this group.