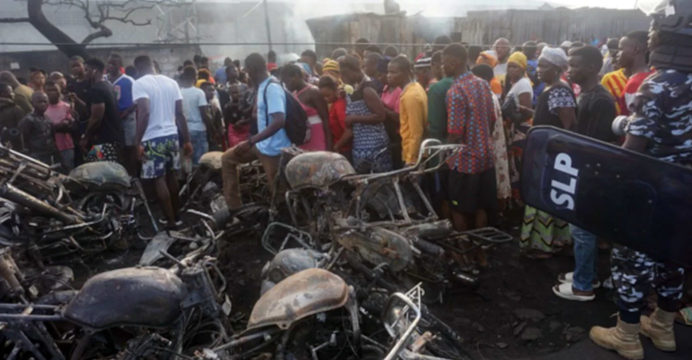 In a fuel truck explosion in Sierra Leone, almost 90 people were murdered

On Saturday, a large explosion at a gas station in Freetown, Sierra Leone’s capital, killed 92 people, according to the country’s vice president.

According to Vice-President Mohamed Juldeh Jalloh, who arrived at the scene on Saturday with many local leaders, hospitals were treating 88 more individuals for severe burns.

A rescue worker and a nurse told AFP earlier that at least 80 people had died, with the nurse claiming he had treated “severe injuries” in women, men, and children.

Witnesses said the explosion occurred when a vehicle caught fire at a gas station following a road collision.

The flames then spread, engulfing individuals in automobiles and on surrounding roads.

According to volunteer worker Jusu Jacka Yorma, who was on the site, the majority of the victims were street sellers and motorcyclists, many of whom were caught in the blaze while trying to recover fuel. 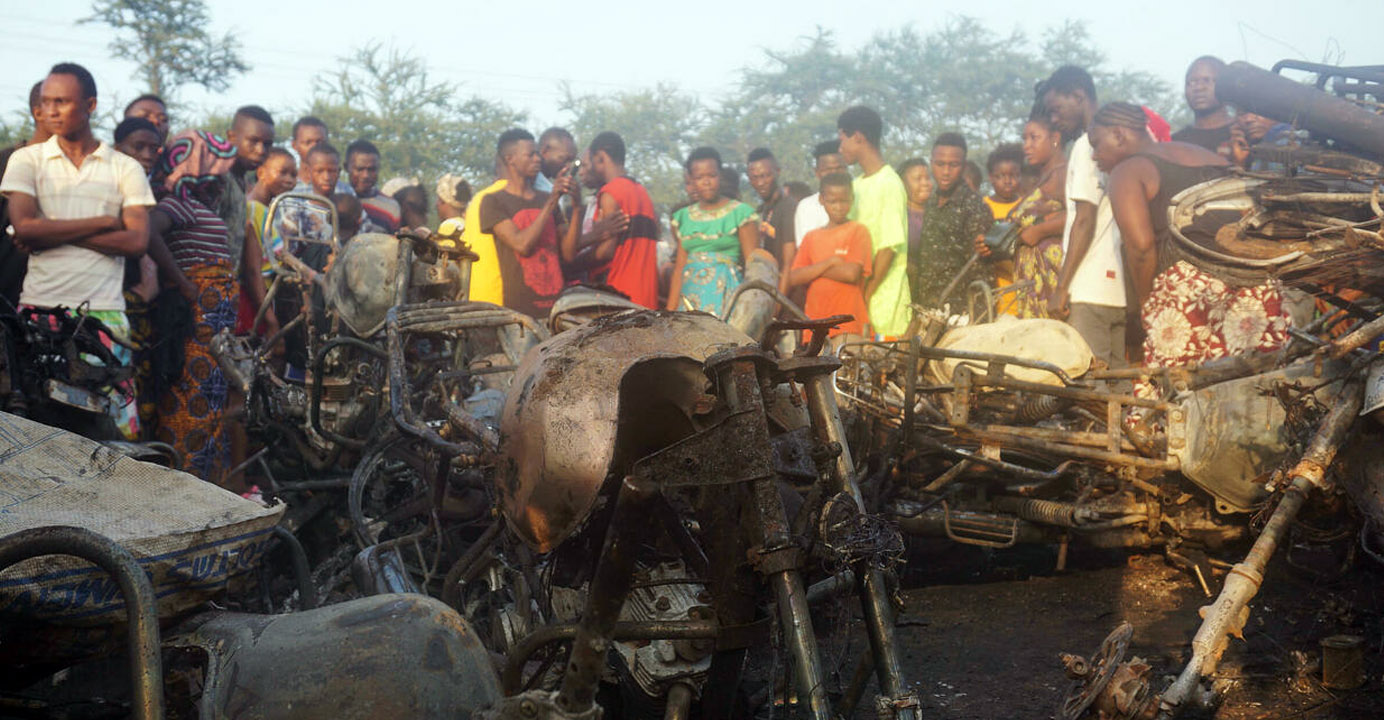 On Saturday morning, hundreds of people gathered, many of whom were looking for missing relatives under the watchful eye of security authorities.

A burnt-out tanker and a truck were shown on video, with the surrounding region littered with carcasses of cars, some still smoking.

President Julius Maada Bio commented on Twitter, “Deeply horrified by the horrific fires and the horrendous loss of life.”