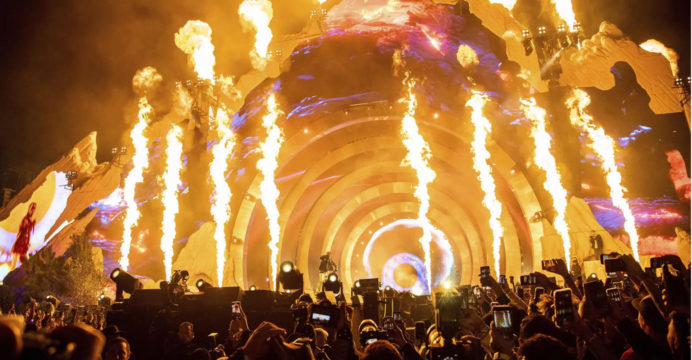 At least 8 dead after crush at US music festival

Authorities say at least eight people died and dozens more were injured in a crush at the Astroworld music festival in Texas on Friday night.

The incident began at 9 p.m., when “the crowd began to compress towards the front of the stage,” according to Houston fire chief Samuel Pena.

“That produced some panic and it started causing some injuries,” Pena said during a press conference outside NRG Park. “People began to fall out, get unconscious, and it created extra panic.”

“We had at least eight verified fatalities tonight, and scores of others were hurt,” he added, adding that the cause of death would have to wait until medical investigations were done before it could be determined.

He claimed, “We brought 17 individuals to the hospital… 11 of those transported were in cardiac arrest.”

Police in Houston stated they were looking into the cause of the mass casualty incident and reviewing video from the arena.

“Within minutes, we had numerous people down on the ground with some form of cardiac arrest,” police stated, adding that the concert was called off after the incident.

Astroworld is a music festival founded in 2018 by American rapper Travis Scott.

The 29-year-old rapper, who is married to Kylie Jenner and has a child with her, rose to prominence in 2013 and has received six Grammy nominations.