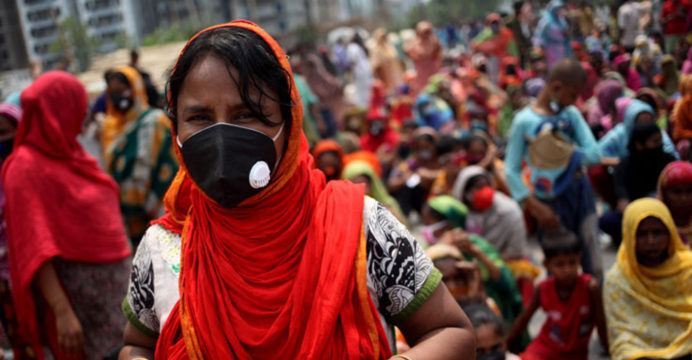 Despite government commitments to adhere to an International Labour Organization (ILO) reform road map, Bangladeshi workers’ rights are eroding. Despite the fact that the last 18 months of the Covid-19 outbreak have been a time of crisis for workers, the pattern of exploitation of workers’ rights has been in place for years.

“Repressive laws, obstacles to union formation, and brutal repression of strikes make Bangladesh one of the worst countries in the world for working people.

“Workers attempting to form and join trade unions are regularly met with employer threats, physical violence, and mass dismissals. Even where workers succeed in forming a union, registration can be arbitrarily denied by the authorities.

“Between 2010 and 2021, more than 1,100 union registration applications were lodged with the authorities. The Department of Labour rejected 46% of them – an extraordinarily high rejection rate, denying workers a voice and the right to form and join a union,” said Sharan Burrow, ITUC general secretary.

Anti-union discrimination, wage discrimination, and unsafe working conditions continue to be reported in three of Bangladesh’s largest employment sectors: ready-made garments, shipbreaking, and the leather (tannery) sector, as the government prepares to update the ILO Governing Body on reform progress.

The voices of workers will not be muffled when Bangladesh’s government speaks at the ILO Governing Body on Saturday.

Every year, 35,000 Bangladeshis die at work and another 8 million are injured. Sexual assault is rampant, official labor inspectors scarcely patrol millions of establishments, and many are imprisoned in low-wage occupations.