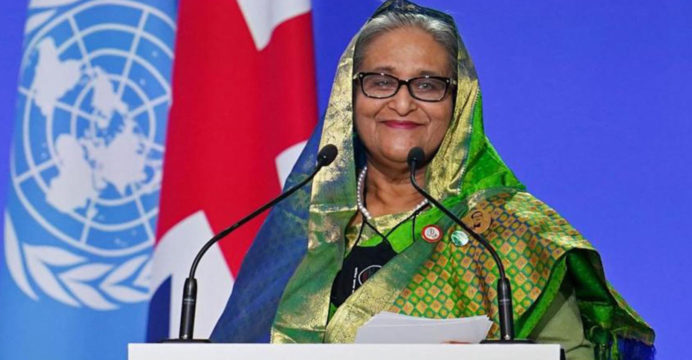 Sheikh Hasina is one of five key dealmakers at COP26: BBC

According to the BBC, the outcomes of the COP26 Summit are dependent on Bangladeshi Prime Minister Sheikh Hasina and four other powerful dealmakers who have been tasked with persuading the 197 countries to accept the reforms.

While Sir David Attenborough, Greta Thunberg, and other well-known international leaders gain traction at COP26, it is up to these diplomats and ministers to handle the diplomacy and talks.

The summit’s success or failure is determined by these five negotiators, who have a significant impact on the outcome. 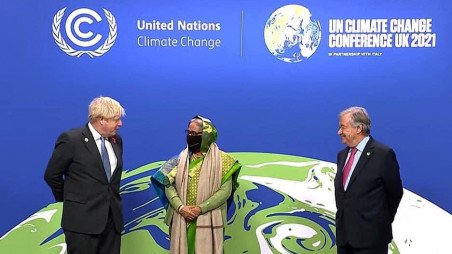 This is due to the fact that countries not only have different national priorities, but they also develop alliances and negotiation blocs inside the debate. As a result, countries might be members of multiple negotiation groups at the same time.

The Bangladeshi Prime Minister speaks on behalf of the Climate Vulnerable Forum, a coalition of 48 countries that would be the hardest hit by climate change.

Hasina represents those who have firsthand experience with climate change at the COP. According to a BBC article, floods struck approximately one-fourth of Bangladesh last year, causing millions of people to be displaced.