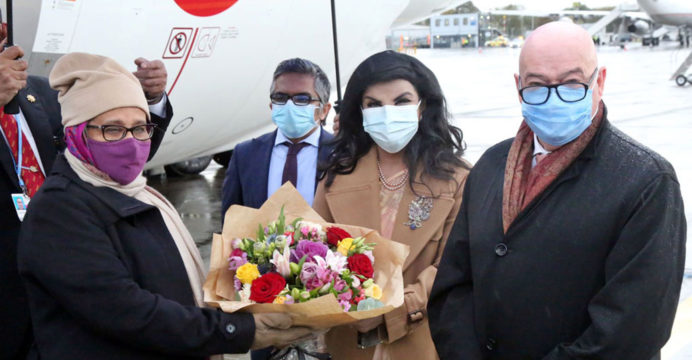 Sheikh Hasina, the Prime Minister of Bangladesh, arrived in London today after attending the COP26 World Leaders’ Summit and other high-level engagements in Glasgow.

Follow The Daily Star’s Google News channel for the most up-to-date information.
Saida Muna Tasneem, Bangladesh’s High Commissioner to the United Kingdom, met the Prime Minister at the airport.

Prime Minister Sheikh Hasina landed in Glasgow earlier on October 31 for a two-week visit to the United Kingdom and France, where she will attend the World Leaders’ Summit and other high-level engagements.