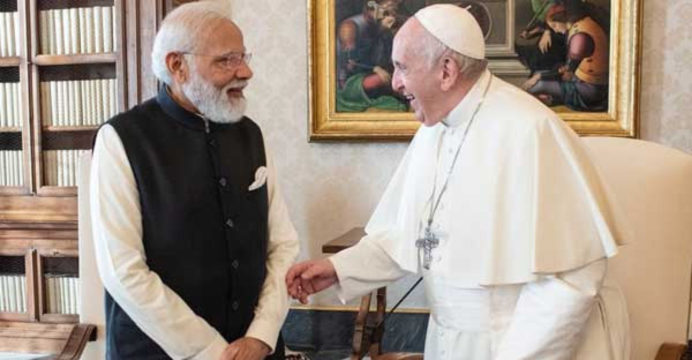 Prime Minister Narendra Modi invited Pope Francis to visit India on Saturday, marking a big step forward for the Catholic Church’s leader, who has long sought an official invitation to the Hindu-majority nation.

“I had a wonderful encounter with Pope Francis. I had the opportunity to speak with him about a variety of topics and also urged him to visit India “After visiting Francis at the Vatican, Modi stated on Twitter.

Modi was joined to the Vatican by Ajit Doval, the National Security Advisor, and S Jaishankar, the External Affairs Minister.

It was Prime Minister Modi’s first one-on-one meeting with Pope Francis, the head of the Catholic Church.