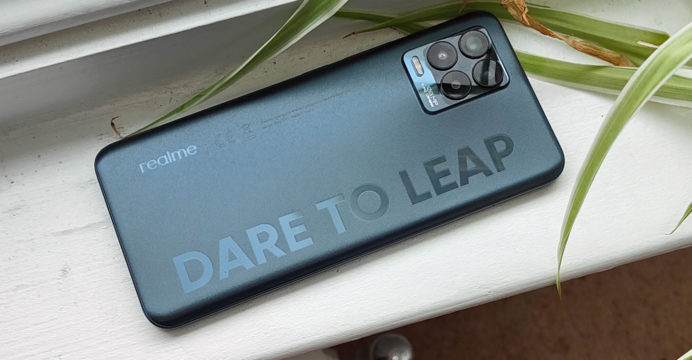 realme has earned a graceful position among the top 6 smartphone vendors across the world! According to Counterpoint Research, realme has recorded a prolific YoY growth of 135.1% in the Q2 of 2021, as it leaps to be an industry giant challenger.

The economic irresolution posed by the persisting pandemic, which trickled down to affect hardware industries besides depleting invaluable manhours, showed its dire consequences over the smartphone industry as well. Many otherwise prospective brands were compelled to seek shelter under contingency strategies, and have rather been focusing on surviving than surpassing. But with its innovational excellence and consistent urge to “dare to leap” to reach the next level, realme managed to snatch away the sixth spot in the world ranking, completing 15 million shipments beyond any compromise.

For realme, the journey perhaps has been nothing short of a dream-come-reality. What commenced three years back as a nondescript brand, has now surpassed all industry and customer expectations. realme has so far expanded its spirit of never settling for the less to over 61 markets in the world, and has rightfully earned positions among the 2021 Q2’s top 5 slots in over 18 of these markets, including India, Russia and the Europe region. In both Bangladesh and Philippines, the brand boasts of being the top market dominator.

Although within an incredibly short span, realme has made its way to the top through intricately positioned tactics, pinpoint analyses of market trends, integration of technological advancement with consumer priorities and above all – its never-ending fervor to reach out and grab what’s next. With this very dedication, realme became the fastest brand ever to ship 100 million units of smartphones, defying all barriers of the global catastrophe – says Strategy Analytics 2021 Q2. Showcasing the industry’s first smartphones with pop-up camera, first Android with magnetic wireless charging technology, a wide range of lightning-fast flagship processors and other exquisite features like TUV Rhineland certifications, reverse charging and extrinsic color palettes used in finishes – realme has so far won the hearts of millions of customers alone in Bangladesh! 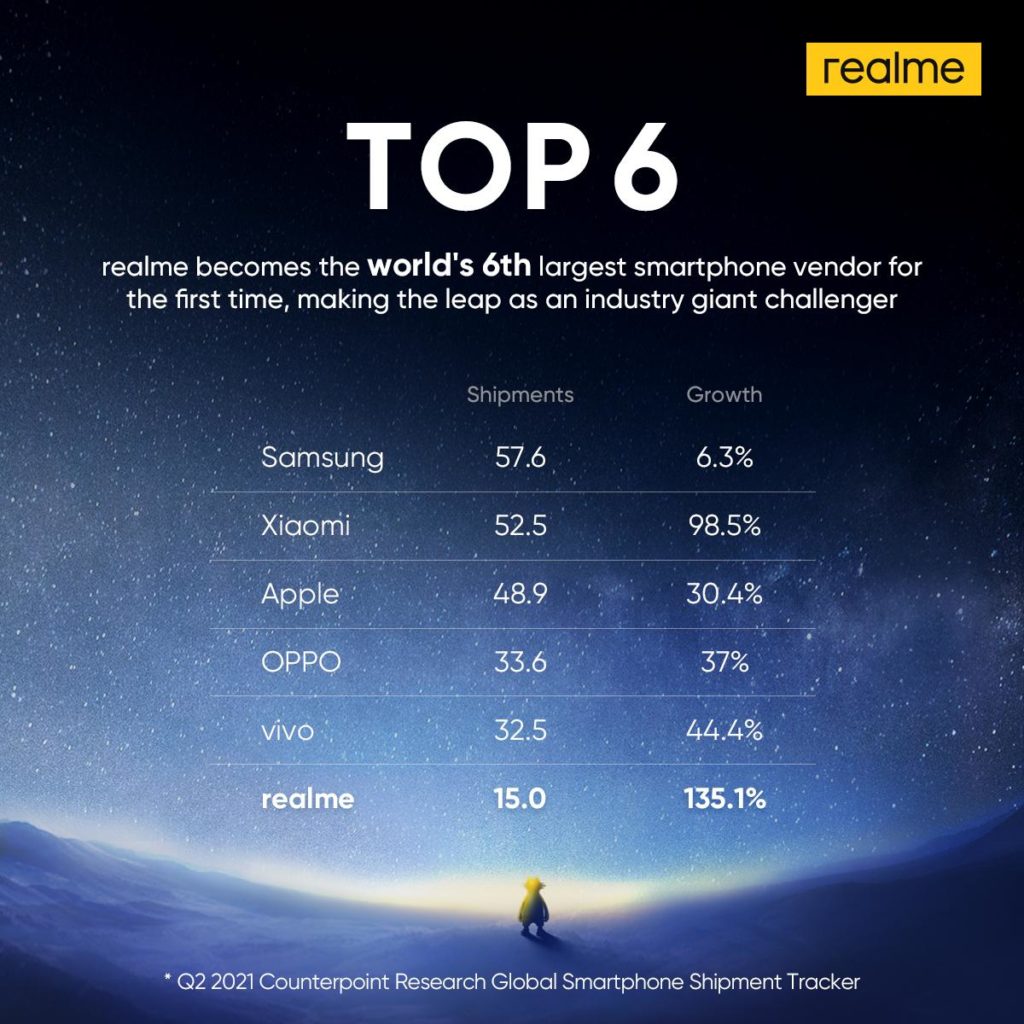 The brand, co-founded by Sky Li (current CEO), is simultaneously prioritizing 5G products to cater to the needs of the forthcoming generations. This year, realme’s 5G share in emerging market smartphone shipments went up from 8.8% in Q1 to 15.9% in Q2, ranking 3rd, according to Counterpoint. From its 47th position in 2018 Q3 to 6th position in 2021 Q2, the propitious name of realme has quite metaphorically been leaping across the global charts, leaving its signature of daunting excellence. And this very notion has also been clearly present in Sky’s remarks, when he said, “In the past three years, we are like a newborn calf making little of a tiger as well as a real go-getter”.

Eyeing a “dual 100 million” target, Sky’s optimism is presently resonating throughout the entire realme operations. The brand is set to ship another 100 million handsets by the end of 2022 and complete the same milestone within the 2023 calendar year, too. At the same time, users are also going to benefit from realme’s product line streamlining and optimization of technological offerings.