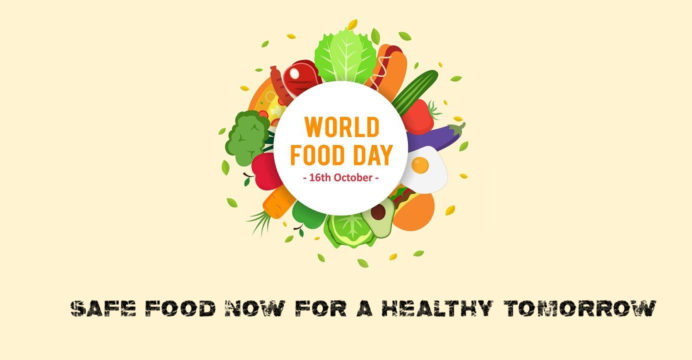 The World Food Day 2021 will be observed in the country today as elsewhere in the world with the theme “Our actions are our future- Better production, better nutrition, a better environment and a better life”.

The Agriculture Ministry and the Food and Agricultural Organization of the United Nations (FAO) will jointly observe the day.

In his message, President Abul Hamid said Father of the Nation Bangabandhu Sheikh Mujibur Rahman was agriculture-friendly and he called for an agriculture revolution in rebuilding the country. He said Bangabandhu ensured distribution of khas land, fertilizers, pesticides, improved seeds and other agriculture outputs among the farmers.

Abul Hamid said the Father of the Nation had dreamt to build a developed, happy and prosperous Sonar Bangla through rural and agricultural development and the present government is working relentlessly to materialize his dream.

He stressed the need for continuing efforts for crop diversification, optimum use of arable land, agriculture modernization, innovation of climate-tolerant crop varieties and sustainable use of technology aiming to boost crop production in the country.

In her message, Prime Minister Sheikh Hasina termed the theme of the day “Our actions are our future – Better production, better nutrition, a better environment and a better life” as appropriate and time-befitting especially in COVID-19 driven changing situation.

In continuation of the plans and programmes taken by Father of the Nation Bangabandhu Sheikh Mujibur Rahman, the Awami League government was taking and implementing various agriculture-friendly and realistic initiatives for the development of agriculture in the last 12 and a half years, she said.

Since the formation of the AL government in 2009, a number of work plans and initiatives, including the National Agriculture Policy-2018, Delta Plan-2100 and the Food Safety Act, have been taken by the government for the development of agriculture and welfare of farmers, the premier said.

She said: “We have taken measures to distribute fertilizers and diesel among farmers and provide financial assistance to them for mechanization of agriculture.”

Initiatives were also taken to ensure distribution of agriculture stimulus, loans and cards, the opening of bank accounts with Taka 10, the introduction of e- agriculture and innovation of climate tolerant varieties and technologies, Sheikh Hasina said.

“We have increased allocation further in agriculture research and education,” she added.

To mark the day, the Agriculture Ministry has taken elaborate programmes, which include international seminars, mass awareness programmes and publication of special supplements in mainstream newspapers. Posters, billboards, video messages and documentation also will be published highlighting the significance of the day.

An international seminar will be held at Pan Pacific Sonargaon hotel at 10 am tomorrow.

Prime Minister Sheikh Hasina is expected to join the seminar as the chief guest through videoconferencing from her official Ganabhaban residence.