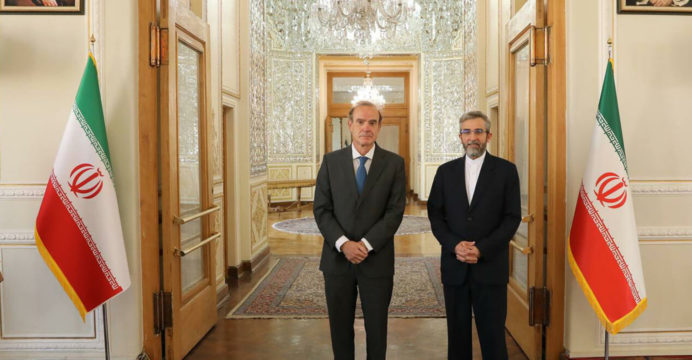 Iran and the EU agreed Thursday in Brussels to continue negotiations aimed at reopening talks on the Islamic republic’s faltering 2015 nuclear deal with Western powers, according to Tehran.

Enrique Mora, the European Union envoy in charge of coordinating discussions on renewing the Iran nuclear deal, spoke for several hours with Iranian deputy foreign minister Ali Bagheri, as Western powers lose patience with Tehran over the lack of a set timeframe for resuming talks.

The agreement has been stuck in limbo since June.

“At the end of this meeting, the two parties agreed to continue dialogue on questions of mutual interest in the coming days in Brussels,” Iran’s foreign ministry said in a statement, which noted that Mora said the EU was “ready to collaborate with Iran and the other parties”.

The talks took place as EU foreign policy leader Josep Borrell travelled to Washington for talks with US Secretary of State Antony Blinken, who warned on Wednesday that if diplomacy failed, “additional actions” will be considered. 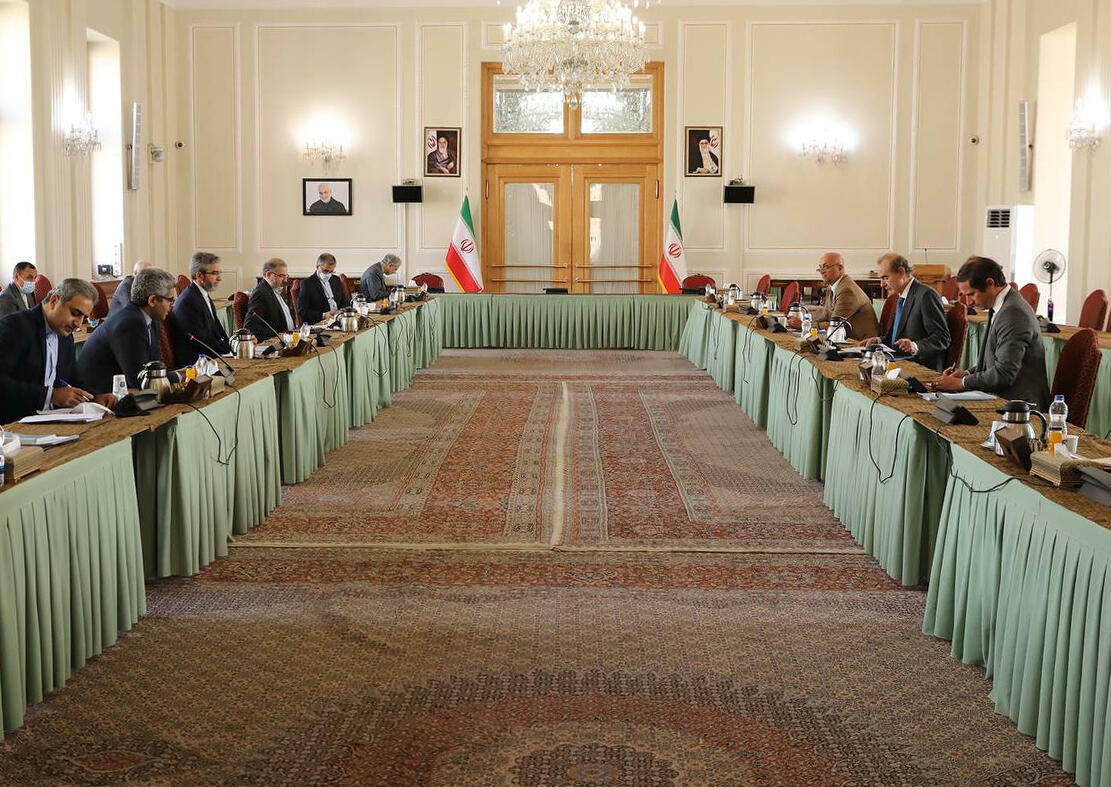 His visiting Israeli colleague, on the other hand, reserved the right to employ force. Since 2018, when then-US President Donald Trump unilaterally withdrew out of the 2015 nuclear deal, which relieved Iran of sanctions in exchange for restrictions on its nuclear activity, it has been on life support.

Trump reimposed severe sanctions, while Iran, which maintains that its nuclear program is solely for civilian purposes, backed away from its own commitments.
Mora’s trip to Tehran came with pressure mounting from EU countries as well as the United States for a swift resumption of talks on Washington’s return to the agreement.

Bagheri, who is in charge of Iran’s nuclear file, tweeted before of Thursday’s meeting with Mora that the “lifting of painful sanctions” will be on the table.