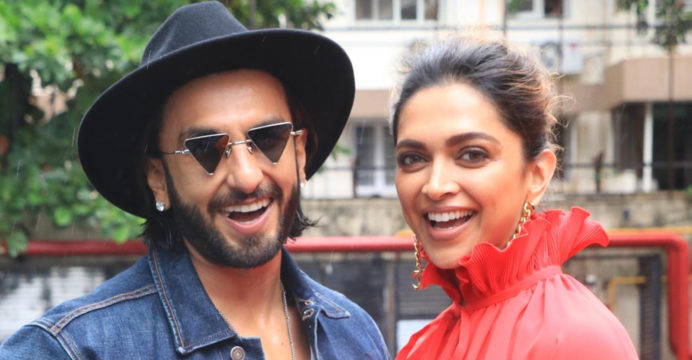 Ranveer Singh, who is going to host the TV show The Big Image as a quizmaster, tackled the picture quiz challenge himself. The actor can be seen answering a few picture-based questions in a video broadcast by Colors TV.

A question appeared on the screen, asking him to guess the location of a photograph taken with his wife Deepika Padukone. “I should know, certainly I should know otherwise I’ll get a lappad (slap) when I return back home,” Ranveer remarked in response to the photo.

In Hindi, Ranveer said. Ranveer Singh compared their narrative to Chetan Bhagat’s novel 2 States, saying, “Deepika and I decided that on our first anniversary, we should do something special. As you are aware, our lives are similar to that of two states. My family is from Mumbai, and hers is from Bengaluru. So, because it’s our first anniversary, we decided to go to both venues. We visited the Golden Temple in Amritsar, but first we traveled to Tirupati Temple, which is shown in the photo.”

After getting the answer correct, Ranveer Singh referred to himself as “husband of the century.” Here’s the link to the video: