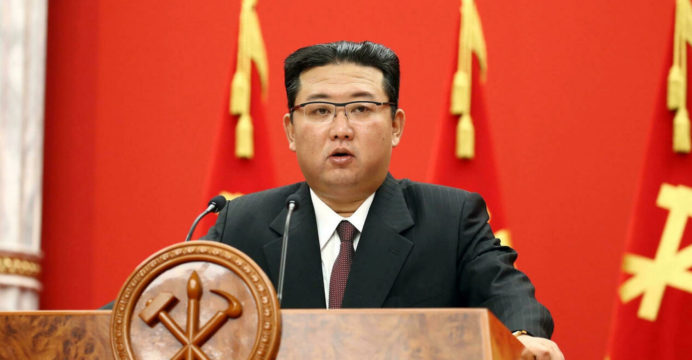 North Korea’s Kim says US is ‘root cause’ of tensions

As he launched an exhibition showing his nuclear-armed country’s armaments, North Korean leader Kim Jong blamed the US for tensions on the peninsula and accused the South of hypocrisy, according to official media.

According to the official Korean Central News Agency, he claimed in an address to the “Self-Defense 2021” display that the US is the “root cause” of instability.

Pyongyang is subject to a slew of international sanctions for its outlawed nuclear and ballistic missile programs, both of which have advanced rapidly under Kim.

Pyongyang maintains it needs its arsenal to defend itself from a US invasion, and it tested missiles that can reach the entire continental United States and carried out its most powerful nuclear explosion to date in 2017.

North Korea, according to analysts, is attempting to normalize its nuclear status.

“I am really interested if there are people or countries who think it,” Kim said, referring to the Biden administration’s repeated statements that it has no hostile intent toward Pyongyang.