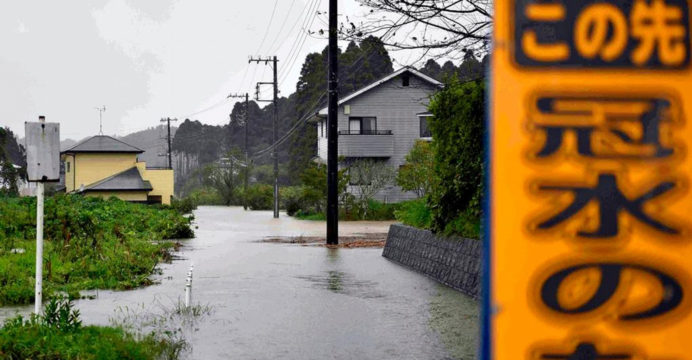 Japan bids to harness the energy of super typhoons

As climate change causes more severe Pacific storms, a new research center hopes to better understand the hazards they bring and how to use the energy they provide to help Japan achieve carbon neutrality.

Mindulle was the third super typhoon to form in the Western Pacific this year, with gusts blowing up to 195 kilometers per hour at its peak on September 27. (120 mph).

The massive storm, which had formed near the Pacific island of Guam, made its way north and was threatening to hit Tokyo and a series of small outlying islands by the last week of September.

Violent winds, torrential rain, and waves of more than 10 meters were predicted by meteorologists (33 feet).

Residents of the Izu Islands’ outlying islands were warned to seek shelter at home and stay away from low-lying areas. They were also warned to expect widespread floods, as well as damage from severe winds, waves, and landslides.

The storm took a modest eastward turn and only touched Tokyo. In the course of 48 hours, the local weather station on the Izu Islands recorded approximately 41 centimetres (16 inches) of rain.

Although people were unharmed, scientists warn that the devastation could have been significantly worse, and that it is just a matter of time before a super typhoon strikes mainland Japan as a result of climate change.