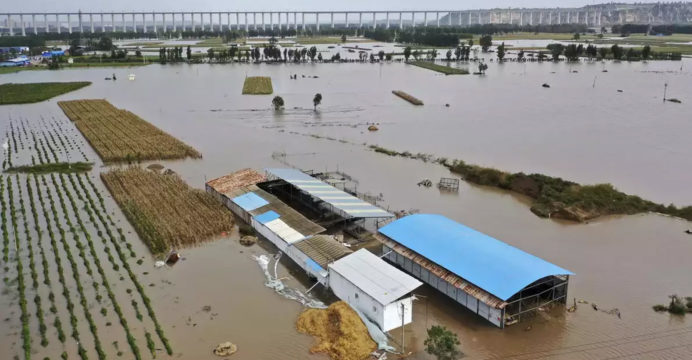 According to a press conference given by the provincial government on Tuesday, continuous rainstorms have killed 15 people and left three others missing in Shanxi Province in north China.

Shanxi received the worst fall flood on record from Oct. 2 to 7. Nearly 1.76 million people have been affected by continuous rain in 76 county-level locations around the province, and 120,100 people have been moved.

About 238,460 hectares of crops were damaged, and 37,700 dwellings were destroyed or severely damaged, resulting in direct economic losses of 5.03 billion yuan (about 780 million U.S. dollars).