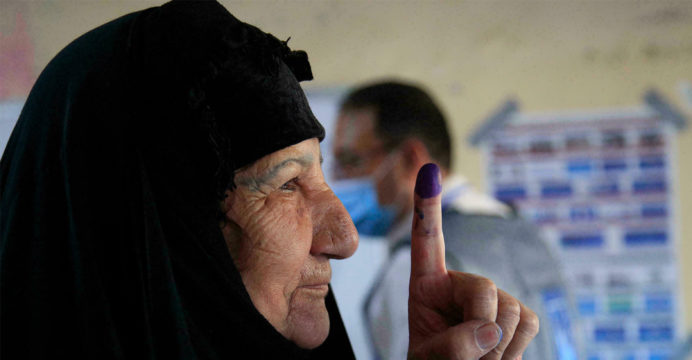 Polls started Sunday in Iraq for legislative elections being held a year early as a concession to a popular protest movement that erupted in 2019 due to frustration with corruption and deteriorating public services.

Observers expect a poor turnout among the country’s 25 million voters, with many boycotting the poll, where the party of populist cleric Moqtada Sadr is considered as the frontrunner.

Polling stations must remain open until 6:00 pm (1500 GMT) and preliminary results are expected within 24 hours of closing.