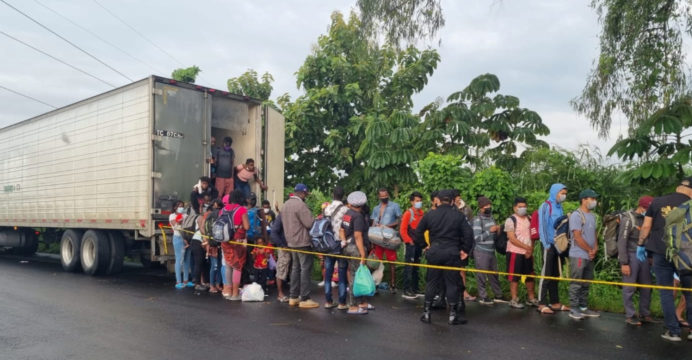 126 migrants were rescued by Guatemalan police after being abandoned inside a shipping container on the side of the road.

After hearing screams inside the trailer, they were discovered around morning between the cities of Nueva Concepción and Cocales.

According to the BBC, authorities suspect they were abandoned by traffickers who had been paid to transport them to the United States via Mexico.

More than a hundred of those discovered are from Haiti, which is in the midst of a humanitarian crisis.

There were also Nepalese and Ghanaese participants.