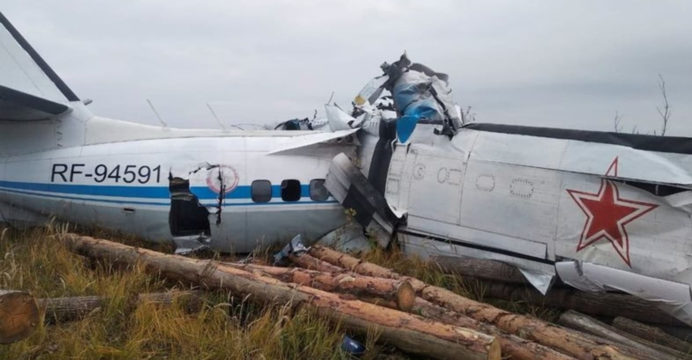 According to the emergency ministry, a plane transporting parachutists crashed in central Russia on Sunday, killing sixteen people.

The L-410 jet carrying 23 people crashed about 9:23 a.m. local time (06:23 GMT) while flying over Tatarstan, according to the ministry’s Telegram channel, with seven individuals rescued from the wreckage.

The aircraft was broken in half and had a heavily dented nose, according to images released by the ministry.

According to RIA Novosti, the seven survivors are in hospital, one of whom is in “very severe condition.”

The jet belongs to the Voluntary Society for Assistance to the Russian Army, Aviation, and Navy, which presents itself as a sports and defense organization, according to the Interfax news agency.

Two L-410 planes were killed in crashes in Russia earlier this year.