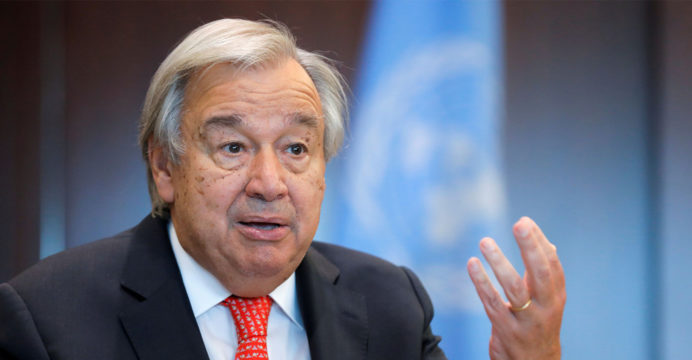 The World Health Organization said every country that had fully immunised more than 40 percent of its population was doing too little to tackle the Covid-19 issue since they should be sure doses get to nations left wide vulnerable to the virus.

The WHO wanted 10 percent of the population in every country fully jabbed by the end of September — a target failed in 56 countries, “through no fault of their own”, said the organization’s president Tedros Adhanom Ghebreyesus.

The UN health agency claimed 1.5 billion vaccine doses were now being created per month — with less than one week’s manufacturing needed to fulfill the 10 percent target.

“It is allowing variations to arise and run wild, subjecting the world to millions of extra fatalities, and extending an economic slump that might cost trillions of dollars.” Guterres stated that if the virus spread in places with few vaccinated individuals, the greater the possibilities of a variety evolving that could grow resistant to vaccines.

“All the vaccine effort made in industrialized countries to vaccinate the whole of the population, one, two or three times — all that effort will break apart. And these folks will not be protected.