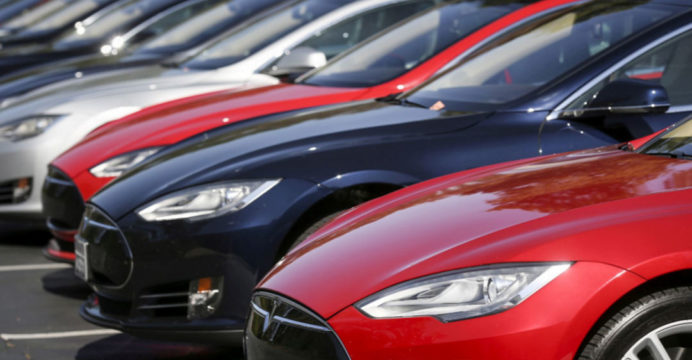 Tesla is moving its headquarters from Silicon Valley to Texas, Elon Musk said

Tesla chief Elon Musk told investors on Thursday that the leading electric vehicle maker is moving its headquarters from Silicon Valley to Texas, where it is building a plant.

“I’m excited to announce that we’re moving our headquarters to Austin, Texas,” Musk said at an annual shareholders meeting.

“Just to be clear, though, we will be continuing to expand our activities in California.”

Musk said Tesla sales are growing strongly, and the company is ramping up deliveries despite shortages of computer chips and other components, reports BSS.

Tesla aims to increase production at its plant in Fremont, California, by some 50 percent, Musk said.

But that plant is hitting its limits on how much more it can handle, he said.

“When we first went in there it was it like a kid in his parents’ shoes; tiny us and this giant factory,” Musk said of its inaugural plant in Silicon Valley.

“Now, it’s like a spam can. We are hitting the sides of the bowl.”

He noted that the cost of living in Silicon Valley is high for workers, with home prices putting them out of reach for workers, who often wind up with long commutes.

Musk has clashed with regulators in California, and is among high-profile tech figures who personally left the state for places with lower income taxes and less regulation.

“This was a smart strategic move for Tesla,” said Wedbush analyst Daniel Ives.

“We believe this was the first step towards Tesla making Austin its domestic and global foundational location over the coming decade with its recent frustration with California officials likely accelerating this move.”

A stockholder-submitted proposal to have Tesla disclose more about diversity and inclusion efforts at the company won approval, despite opposition from the board of directors, according to preliminary results.

It calls for comprehensive breakdowns of Tesla’s workforce by race and gender, along with insights into how well efforts to improve diversity are doing, to be routinely disclosed to investors.

“The business case for diversity is clear,” said Calvert Research and Management vice president Kimberly Stokes, who spoke on behalf of the proposal.

“As shareholders we are concerned that Tesla’s lack of focus on equity, diversity and inclusion could hinder the company’s ability to innovate in the future.”

Calvert’s winning proposal was one of four put on the agenda by investors urging Tesla to better protect worker rights and well-being.

A California jury this week ordered Tesla to pay a Black former employee $137 million in damages for turning a blind eye to racism the man said he encountered at the firm’s Silicon Valley auto plant.

“They awarded an amount that could be a wake-up call for American corporations,” said civil rights attorney Larry Organ, who represented the former Tesla worker.

Owen Diaz was hired through a staffing agency as an elevator operator at the electric vehicle-maker’s Fremont factory between June 2015 and July 2016, where he was subjected to racist abuse and a hostile work environment, according to the court filing.

Instead of a modern workplace, the plaintiff “encountered a scene straight from the Jim Crow era,” said the suit.

The jury at the federal court in San Francisco on Monday awarded Diaz $130 million in punitive damages and $6.9 million for emotional distress, Organ confirmed.

In a post, human resources vice president Valerie Capers Workman downplayed the allegations of racist abuse in the lawsuit but acknowledged that at the time Diaz worked there, Tesla “was not perfect.”

Workman stressed that Tesla had made changes since Diaz worked at the company, adding a diversity team and an employee relations team dedicated to investigating employee complaints.