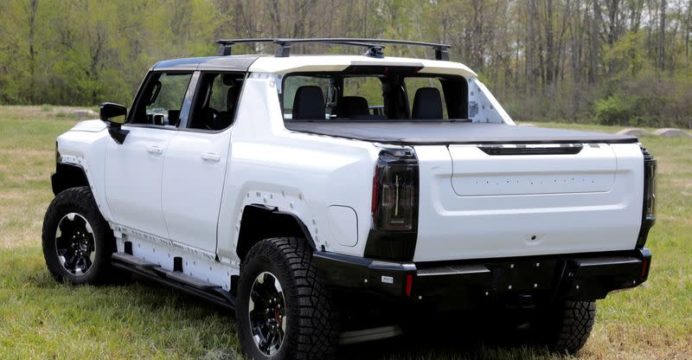 General Motors Co plans to position itself as a technology platform company that is as focused on software as it is on making electric vehicles when it meets with investors next week, including revealing a scheduled rollout for at least 20 EVs in the United States over the next several years.

The No. 1 U.S. automaker has said it will talk on Wednesday about its growth strategy, EV and software platform advantages, its self-driving vehicle business and the related financial road map as it seeks to draw new investors and a valuation closer to that of EV market leader Tesla Inc. A spokesman declined to disclose further details, reports Reuters.

GM executives will provide a more detailed look at the company’s plans to spend $35 billion through 2025 on EVs and autonomous vehicles, and will give revenue and profit margin growth targets for the five-year period after that, according to people familiar with the plans, who asked not to be identified.

“GM’s gone from an automaker to a platform company and here are all the things you can do with that,” one of the sources said.

“The question you should ask yourself is will we see doubling of revenues? Will we see margin expansion? Those are the sorts of things that you’re going to see over a period of time,” the person added. “Stay tuned for pretty impressive numbers on revenue and margin expansion.”

The strategy of GM Chief Executive Mary Barra, who took the helm in 2014, so far has lifted the company’s share price from a narrow band around its 2010 initial public offering price of $33 to almost double that at one point. The shares were trading at around $53 on Friday.

Next week’s event is aimed at persuading investors to value GM (with a market capitalization of about $75 billion) more like Tesla ($762 billion).